The number one trait candidates look for is…honesty?! 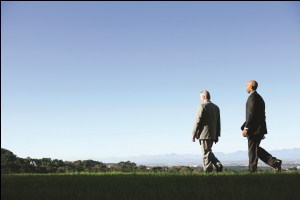 If
your organization had a personality, how would it be described? Would it pass as honest? Because that’s the number one trait candidates are looking for in an employer, according to a study from Randstad.

Nearly 12,000 American adults were surveyed, and Randstad found the most desired traits in an employer are: Strikingly, 4% of potential employees wanted an employer that was ‘masculine’ – although it’s unclear exactly how they expected companies to embody masculinity.

Jim Link, Randstad North America CHRO, said it was extremely valuable to know that honesty held such high importance, and that it allowed leaders to refine their employer branding strategy.

“Any competitive edge that facilitates the acquisition of top talent directly impacts the bottom line,” he said. “Employers can create these advantages not only by promoting softer brand attributes such as honesty and reliability, but also by moving the dial on the daily nuts-and-bolts issues impacting workers, such as maintaining a pleasant work environment and offering a true culture that balances work and life commitments.”