Seriously, this is both ingenious and utterly confusing, but either way, you need to see this 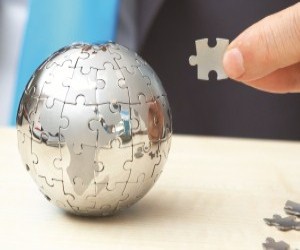 We’ve all seen some well-done social media recruiting campaigns by now, but have you ever seen something quite this brilliant?


Confused? So were many people, until somebody (literally) deciphered the NSA’s strange communication.  That’s right, they’re not but tweets, but coded messages targeted at specific candidates. While no one’s quite worked out this week’s code, the first message reads as follows:
“Want to know what it takes to work at NSA? Check back each Monday in May as we explore careers essential to protecting our nation.”

The campaign harks back to an equally cryptic billboard Google put up in 2004. It simply read: "{first 10-digit prime found in consecutive digits of e}.com." Mathematics forums flared with activity as scientists tried to figure out the answer, which turned out to be 7427466391.com. Upon visiting the site, they discovered an equally difficult puzzle – but after that was cracked, visitors were invited to submit their resume to Google.