The nine traits that lead to terrible decisions

From a study of 50,000 leaders, industry experts have identified the nine traits that poor-decision makers seem to share. 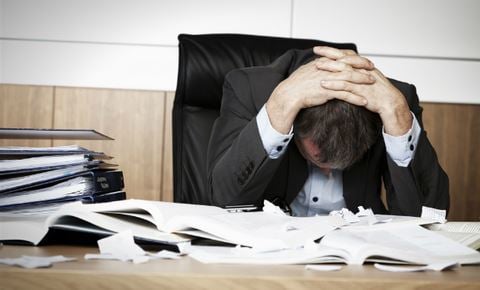 We
all make the occasional bad decision – it’s inevitable – but there are some leaders who seem to make mistakes on an all-too-regular basis. Now, a new study had identified nine behavioural traits that frequently appear in the more imprudent of professionals and lead to unnecessary slip-ups.

The study, conducted by the CEO and president of consultancy firm Zenger/Folkman, analysed feedback from more than 50,000 leaders and compared the behaviour of people perceived as good decision makers with those who are seen as somewhat less capable.

In order from most to least significant, here’s what they found:

Jack Zenger and Joseph Folkman define workplace laziness as “a failure to check facts, to take the initiative, to confirm assumptions or to gather additional input.”

Whether you think it’s laziness or sloppiness, not being thorough while carrying out work is the main reason people make mistakes.

Not expecting the unexpected

While Zenger and Folkman claim we’re actually pretty good at predicting what might go wrong, they also say we have an aversion to it.

“Many people just get so excited about a decision they are making that they never take the time to do that simple due-diligence,” says Zenger and Folkman.

Making decisions based on not enough information is dangerous but pouring over too much often leads to indecision and unnecessary delays.

According to the authors, “It takes courage to look at the data, consider the consequences responsibly, and then move forward. Oftentimes indecision is worse than making the wrong decision.”

“Some people make poor decisions because they’re using the same old data or processes they always have,” says Zenger and Folkman. Be open to new methods and adopt better systems as you develop.

Some decisions get lost in a chains of bureaucracy and competing responsibilities – be prepared to make decisions independently if someone is holding you up.

You can’t find everything on the internet and you certainly can’t take credit for everything. Draw on other people’s expertise and share your successes – there’ll be more of them if you’re working in a team.

“When decision makers rely on others’ knowledge and expertise without any perspective of their own, they have a difficult time integrating that information to make effective decisions,” say the study’s authors.

Whilst leadership is about more than knowing the facts, a basic knowledge of the sector – or at least knowledge of who to ask for help – remains essential.

Even if you’ve made a good decision, it can easily turn sour if others fail to understand it. Zenger and Folkman suggest communicating the what, where, when and how behind your key decisions.