The most educated workforces in the world

If you’re looking to import workers or open offices elsewhere, it’s probably a good idea to find out just what the talent market is like 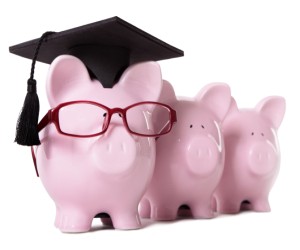 Whi
le the world waits for the 2014 edition of the Organisation for Economic Co-operation and Development’s Education at a Glance report, we looked back on the previous report to compare which countries have the most educated workforces. Here’s how the major nations line up: Canada gets good value for money on its education spends, coming first in education levels while spending below average on it. In 2009, the nation spent a thrifty 6.1% of GDP on education. And it’s led the world for quite some time: in 2010, it become the first nation in the world where more than half of all adults had a tertiary education. That number grew from 40% in 2000, when it was still the world’s most educated country. Israel has a good lead on high school graduation rates, at 92% in 2010, and preschool education is free for children as young as three years old. But that comes at a cost to the economy: Israel spent 7.2% of GDP on education in 2009. Japan, too, has extremely high secondary school graduation, at 96% in 2010. However, it only spends 5.2% of GDP on education, well below the OECD average of 6.3%. Americans spend more than any other country on tertiary education as a percentage of gross domestic product, but the excessive cost of education may not be paying off: it only comes fourth in education rates overall. Notably, the high school graduation rate is 77%, below the average OECD rate of 84. The small country has a huge proportion of international students, at 14.2% in 2010. An interesting quirk of New Zealanders is that more students here choose a science degree than anywhere else – about one in six tertiary students. A relatively low GDP of $28,797 hasn’t stopped South Koreans from investing a whopping 8% of GDP in education. Residents here spend more private funds on education than anywhere else, even the USA. The UK is just in front New Zealand as far as its proportion of international students, but that could be in part due to notorious dissatisfaction with the tertiary education system amongst locals. Tony Blair’s government faced nationwide protests in recent years when he required students to cover more of the cost of their tertiary education. Public university fees now cost up to 9,000 pounds a year. The Fins have 97.6% of the cost of their education covered by the community, more than any other country in the OECD, and as a whole the population spent 6.4% of its GDP on education in 2009. Education is a major export for Australia, with more than one in five students coming from elsewhere. Much like the UK, the conservative government here has faced significant criticisms for raising university fees and following America’s lead on student debt. Between 2000 and 2010, the percentage of Irish with a tertiary education nearly doubled, and secondary school graduation also rose significantly from 74% to 94%. That makes the education growth rate faster than any country in the OECD.

You might also like:
American job seekers less picky than Canadians
Paternity leave around the world
The best countries to work if you're a woman