The money or the mission?

It sounds too good to be true, but a study shows that there is a category of workers who choose jobs with strong social missions, are more motivated than their self-interested counterparts and will work for lower wages 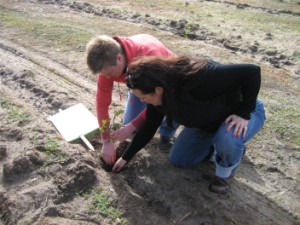 Doe
s having a social mission at work make people put in more effort? Will knowing how the company views its role in making the world a better place inspire greater productivity? Not according to a new study. However, there’s a subgroup of workers who choose mission-oriented jobs and if you want to find them, try offering lower salaries.

The study, by Sebastian Fehrler of the University of Zurich and Michael Kosfield of Goethe University Frankfurt, turned up some surprising results.

Fehrler and Kosfield looked at whether any workforce could be motivated to put in more effort with the right mission.

What they found was that in an experiment where workers could opt to generate donations to non-government organizations of their choice, employees in mission-oriented jobs didn’t make any more effort than purely self-interested workers.

But there was a group of employees who opted to make donations even when it meant they were paid less and they put in more effort than the other employee groups.

The study concluded that offering low salaries appears to help employers find these workers, as they would accept less remuneration for the chance to work for an organization whose social mission they believed in.

“[The] sorting of motivated workers into mission-oriented jobs is important, and offering a lower wage appears to be an effective screening device for employers with strong missions,” said the study.

Mark Robinson, the executive general manager for the recognition and reward company Power2Motivate Asia-Pacific, said building a strong social bond with this kind of employee encourages positive behavior and performance much more than money does.

“Employees who join an organization based upon the mission, and not the pay check, do so to satisfy a personal purpose or desire, whether that means aligning with an organization with the same beliefs and value system and finding their tribe, or working toward a goal that they cannot realize on their own.

“These people are socially orientated so motivating them with money is not the answer. Whether it’s a smile, pat on the back, handshake or simple gesture, informal recognition acts to reinforce values, encourage repetition of desired behaviors and motivate employees to continually exceed goals. Additionally, it complements any formal reward and recognition practices already in place.”