The lighter side: Staffing Sochi

When you’re recruiting 150,000 employees and 25,000 volunteers, something’s sure to go wrong along the way – and one Olympic staffer has expressed doubts as to whether he’ll ever be paid 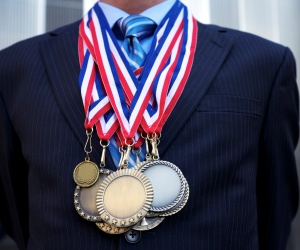 Whe
n the lights flicker on in Sochi’s Olympic Stadium on Friday, three staffing companies will be crossing their fingers for a scandal-free month.

For international firms Adecco Group and Kelly Services, as well as Russian company Exect Business Training, the 2014 Winter Olympic Games represent three years of work. It was September 2011 when they were announced as official suppliers for the games, which require 150,000 employees both permanent and temporary, plus more than 25,000 volunteers.

Over the past three years, they have teamed up to establish an official career center for the event, where 65,000 skilled workers were recruited and trained.

When the games begin, the 5,000 temporary staff will have been on the job for about eight months already – and they’ll stick around until the close of the Paralympic Games in March.

However, much like the rest of the Games, even the HR management is muddied by controversy. Less than a fortnight prior to the opening, a temporary worker from Vancouver revealed below-standard practices forced him to head home.

Johnnie Balfour, who was building one of the snowboard/ski cross courses in Sochi, blogged about his accommodation – and his sentiments about the town were quickly echoed by journalists who arrived this week.

“The toilet flushes muddy water, there is no hot water, the shower floor is covered in dirt and mud, there was p--- all over the toilet, the water is undrinkable (it’s brown), it’s even sketchy to brush your teeth in it, and the idea of having internet in this place is a joke,” Balfour wrote.

He also expressed doubts about whether he would ever be paid for his work, alleging that officials opened Russian bank accounts under the names of staff without permission.

He was subsequently told to “shut up”, he said, and his blog posts have since been deleted.