The employees worth US$48 million, and where to find them

There’s just one place where you can find a honeypot full of employees worth US$48 million a piece, making them the most valuable in the world. 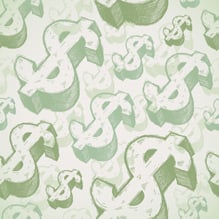 an style="line-height: 20.7999992370605px;">The place where you can find a honeypot full of employees worth US$48 million a piece has been revealed, making them the most valuable in the world.   Forbes conducted a comparison of start-up tech companies with their publicly-listed peers, with just one goal in mind – finding the world’s most valuable staff.   The result? Snapchat has been named as the place for HR to go to tap the most valuable employees, with each valued at a total of about $48 million.   With a small pool of just 330 employees and a valuation of $15 billion, the tech start-up came out with Forbes’s highest valuation per headcount ratio.   Facebook – which has the highest market capitalisation of all publicly listed tech companies – only managed to field employees worth $24 million.   Tech start-ups WeWork and Pinterest were third and fourth in Forbes’s ranking, with employees worth $19 million and $18 million respectively.   Forbes found Uber employees to be worth just $15 million, despite the company (with 3,500 employees) being the most valuable private start-up at $51 billion.   For HR managers questioning the employee valuation of Snapchat, there is some news: there have been much more valuable employees in the past.   WhatsApp’s purchase by Facebook for $22 billion valued each of its 55 staff at $400 million, while Instagram was worth $80 million per employee.   Publicly-listed tech companies had much lower employee to valuation ratios, which Forbes suggested was due to the maturity of their businesses.   For example, Google and Twitter came in below $10 million per employee.   The results show that software has proven to be some of the most headcount-efficient businesses in the world, in terms of valuation to headcount.