The downside of financial incentives

The world’s most successful companies use financial incentives – but what motivational impact do they really have, and can they negatively impact your organization? 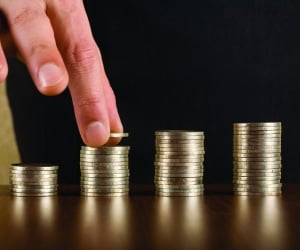 Pay
ing employees based on the contribution they make to performance has become standard practice and in many organizations something that employees have come to expect – especially at senior levels, where the direct influence on corporate performance is clear.

Well designed and implemented financial incentive plans can help focus employees on what really matters to the business, as well as create a sense of fairness – a genuine share in success. They can also give organizations greater control over their compensation costs, which can help them avoid redundancies (and keep hold of their talent) when times are hard.

Yet there has been enormous public and media pressure – and in some cases, employee pressure – to call time on financial incentives, primarily due to the potential risk to business reputation. Should executives in failing or fading organizations still take home significant financial rewards when the rest of their workforce has gone without a pay rise for a prolonged period of time?

“If employees don’t trust your plan and the way you run it, they won’t be happy with how much it pays,” said Trevor Warden, head of reward strategies, Hay Group.

“Remember that incentive plans that over-pay and aren’t linked to performance and behaviors can have a very negative – and public – impact on corporate reputation, which could lose you the trust of your customers and shareholders, too,” said Warden.

At the same time, employers are stuck between a rock and a hard place: to give in to these pressures might be a risky strategy that could push up base salaries and related costs, make the company less attractive to potential employees who expect incentives, and negatively impact on its performance – all of which could ultimately put the company at risk.

“As ever, the right balance is going to be unique to your organization – and no incentive will work unless the person or team it’s aimed at has direct control over the performance and behaviors you’re incentivizing,” Warden said.

To make things simple, Hay Group has distilled all the research they’ve done around incentive pay into the table below:

How much variable pay to use depends on the level of job and total income, as well as the sector norms where you work.

“As a general guide, if you don’t have enough scope in your variable pay to differentiate, it’s too low and hardly worth the effort. If it doesn’t feel equitable to employees, because they feel the variations are too wide, it’s too high,” Warden said.

As a final tip, Warden suggested that an incentive will only work if the person you’re giving it to can affect performance against the targets you’ve given them; in some cases, that’s just not going to be possible.