The corporate “curse”: should you stop giving performance reviews?

In a recent article, Samuel A. Culbert, a professor at UCLA’s Anderson School of Management, wrote that organisations should do away with performance reviews, branding them “a corporate ritual that is as destructive as it is ubiquitous”. 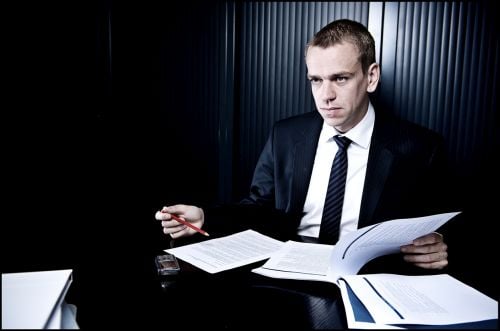 In a recent article, Samuel A. Culbert, a professor at UCLA’s Anderson School of Management, wrote that organisations should do away with performance reviews, branding them “a corporate ritual that is as destructive as it is ubiquitous”.

Culbert argued that these assessments are almost universally regarded as “a pain to give, a pain to get, but a necessary part modern corporate life”, adding that performance reviews damage the employer-employee dynamic while “practically forcing employees to be dishonest to their managers”.

Culbert said that he poses the following questions to “defenders of the performance review”:

Do you think performance reviews are objective?

According to the article, surveys show that most employees get completely different reviews if they are assessed by a second boss. Culbert suggested that this discredits the nature of the reviews.

Do you believe reviews help teamwork by getting people to work together to raise the department's performance?

Culbert said that to those who answer “yes”, he asks: “If you knew that only three people in your department could get a top ranking – since most companies limit the number of top grades managers can give out – would you be more or less inclined to help your colleagues succeed?”

He added that although performance reviews claim to be objective, “one person's view of another can be no more objective than a film critic's review of a movie”.

Simultaneously, he added, appraisals prevent workers from being honest for fear of being labelled as “difficult”.

He continued to slam performance reviews, dubbing them “a curse” on the corporate world, questioning “what employee wants to admit weakness when that admission can be used against him or her at annual review time?”

Because of this, Culbert argued, reviews hinder employees’ personal growth. He also criticised the way in which performance reviews “assume that everybody should be measured against the same yardsticks”.

He added that although companies often name reviews as a necessity should an employee later be dismissed, their inherent dishonesty and partiality often serves as more useful to employees in unfair dismissal cases.

Bosses should be accountable

“I believe in the boss ultimately getting to make the final decision,” Culbert said. “But I don't believe, as the performance review would have us believe, that only one person is accountable: the employee.”

He added that employers are as accountable for employees’ performances as the workers are themselves, “since it's the boss' job to make sure employees succeed”.

If an employee is not producing results, Culbert argued, their boss should have known not to give that person a specific assignment or provided more support in helping the employee to succeed.

So how do you turn things around? How do you get good management? For starters, get rid of the performance review with its boss-dominated, intimidating relationship, and its focus on what hasn't worked in the past. Instead, start the process of what I call performance previewing, which allows you to work on resource and communication problems while there's still time to get good results.

How do you turn things around?

Culbert outlined specific procedures which can be used to tackle the “bewildering” process of replacing the performance review: “When I asked the 62 MBA students in my leadership class — students who have full-time professional jobs — to describe a personal experience with good or bad management, 57 of them offered the latter,” Culbert said. “It's because they are tired of a system in which bosses manage with a whip. And that whip is the performance review.”