The company hiring 4000 employees in one day

One US company is dangling employment incentives in front of prospective employees in an effort to boost its workforce by 4000 in a single day. 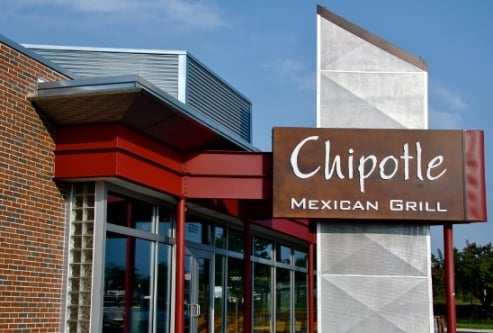 an style="line-height: 20.7999992370605px;">Recruiting a single candidate for a new role can sometimes take months, and require the investment of significant amount of HR’s time and resources.   But one company plans to add 4000 workers within a single day.   Chipotle Mexican Grill announced this week it would boost its workforce by a total of 6.7% on September 9, by adding the 4000 entry-level workers.   It plans to open every restaurant in the US early on that day, and undertake a massive recruitment drive by interviewing 60 applicants per location.   The company currently has 1800 locations across the US, and is looking to boost this number by up to 205 new restaurants in the 2015 calendar year alone.   To achieve its aim and combat the attrition that is seeing fast food workers look for jobs in better industries, it is offering a number of employment lures.   Firstly, new hires will get recently upgraded benefits of paid vacations and tuition reimbursements, as well the basic $10 per hour and a 401(K).   In addition, Chipotle is offering career progression within the restaurant chain, with promises of eventual promotion into attractive $133,000 jobs.   The chain claims 95% of managers came from within the company, and 10,000 entry-level workers went on to management roles within the last year.   With a defined career pathway that includes kitchen manager ($33,000), service manager ($36,000), apprentice manager ($53,000) and general manager ($67,000) roles, Chipotle hopes to retain rather then churn young staff.   The average time for an entry-level worker to move into a general management role was only 20 months, according to a company statement.   For the entrepreneurs among its workforce, there is even the possibility of becoming a ‘restaurateur’, a position paying $125,000 to $133,000.   "Working here isn't just a job, but a career where employees learn how to make others better, run a successful business, master culinary skills, and most importantly, lead teams of top performers," co-CEO Monty Moran said.   CNN reports that fast-food chains are feeling the heat of a better economy, with Starbucks and McDonald’s having increased wages for entry-level staff.   Other companies like Dunkin’ and Buffalo Wild Wings are positioning for lower paid young workers who move on to careers in other industries after study.