Unscheduled interruptions destroy productivity and increase errors. How can you reduce the number of times your employees are disturbed? 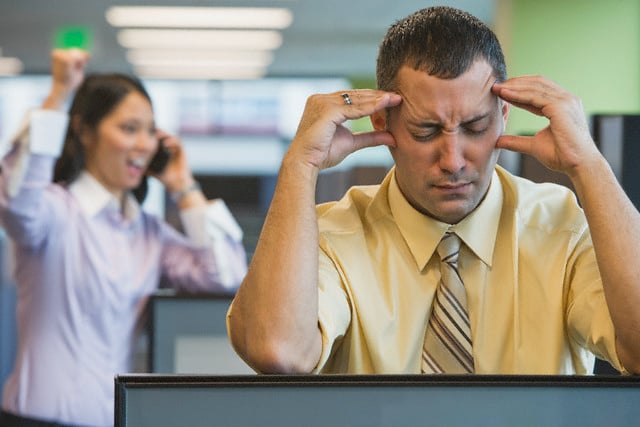 The
open plan office is becoming ever more common, but it could also be responsible for a drop in productivity as interruptions become easier and unavoidable.

Open plans, shared spaces, hot-desking and open-door policies are all partly aimed at encouraging collaboration, but they could be having an unintended negative effect.

While many feel comfortable ignoring a call or email temporarily, it’s harder to ignore a coworker. It may seem harmless to share a joke or ask for advice, but those small interruptions can have a big impact.

Even short interruptions can have a lasting effect.

"Two seconds is long enough to make people lose the thread," says Erik Altmann, a psychology professor at Michigan State University whose research found that interrupting people for 2.8 seconds caused them to make twice as many errors in a simple typing exercise. It can take up to 25 minutes to refocus on the task.

"It takes effort to get back into it. That work is aversive, so you start checking your email," Dr. Altmann said.
Employees who experienced frequent interruptions reported 9% higher rates of exhaustion, which was almost as bad as the increase of 12% caused by oversize workloads, according to a report in the International Journal of Stress Management. Interruptions also sparked a 4% increase in physical ailments such as migraines or backaches, according to the study.

Some organizations are taking steps to reduce the effect, especially when such breaks in concentration could have serious consequences. California-based Kaiser Permanente hospital nurses wear bright coloured sashes or vests to prevent interruptions while they are preparing medications for patients. The hospitals also mark off “no-interruption zones” near medication dispensaries, according to innovation specialist Scott Heisler.

Schaefer Advertising recently moved its Texas headquarters into a new building. While most of the space is open plan so employees can talk and move freely, the agency walled off three “privacy rooms” to give employees a retreat from interruptions.

A good way to help return quickly to task is to bookmark your place, marking the next step with a large, bright symbol such as a red arrow.

Denver productivity expert Laura Stack suggested asking an interrupter to wait while you record your last thought on a sticky note, then posting the note on the page or screen to mark where you stopped working. The visual cue can cut the time needed to restart a task by as much as 80%, she said.