With revenue per lawyer of $1.2million and gross revenue growth of 17.8% last year, Quinn Emanuel has got to be doing something right… 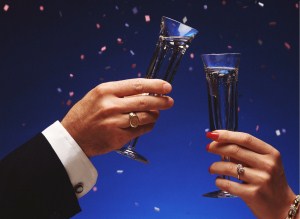 Of
lawyers at the Los Angeles-based firm, 92% said they would still work at Quinn Emanuel if they had the chance to do it all over again. But the secret to their employee engagement is about as quirky as their triathlete-racing founder John Quinn, who’s just as well-known for his disdain for grammar in email correspondence as he is for a 90% win rate in trial.

In the past, the firm has been described as a ‘sweatshop’ because of the long hours lawyers have to work – and perhaps the following measures, along with their offices’ laissez-faire dress code, are a way to combat both the reputation and the potential for staff burnout.

Firm Hikes
With an Ironman racer at the helm of the company, perhaps it shouldn’t be surprising that physical activity isn’t taken lightly at Quinn Emanuel. The second largest event the company holds is a yearly bonding hike, which founder John Quinn never misses – unless he’s in the courtroom. The firm covers the cost of accommodation, transport, food and other expenses, with attendees asked to contribute $500-$1000 depending on location. Interns, which the firm calls ‘summer associates’, were invited to join at no cost. Previous hikes have taken employees as far as Switzerland, while last year’s was in Mount St Helens, Washington.

Four people had to be evacuated by helicopter two years ago on the hike, which was, quite literally, wild. “If you are not willing to get yourself in excellent shape, don’t perform well at altitude (we’ll be hiking between 5,000’ and 10,000’), have a health condition, or have a fear of heights, grizzly bears or things that go bump in the night, this is not the hike for you,” read the company memorandum announcing the 2012 hike in the Canadian Rockies.

Work away weeks
Maybe senior management was just sick of having everybody around, or maybe they’re onto something. Associates who have been at the company for at least a year will be given $2000 per person to work anywhere in the world for a week with 6-10 of their colleagues.

“its january and its dreary in most places of the qe world, and next month it will be february, and then march, promising more of the same,” Quinn announced in his notoriously casual email style. “hard working qe lawyers need a break for sure.”

Quinn said the objective was to place lawyers with their colleagues in different offices so that they could get to know each other across the firm. Idyllic as it sounds, though, there are caveats: the lawyers must be working normal hours and available to be contacted at all times Monday through Friday, wherever they choose to go.

Skiing and Snowboarding ‘Extravaganzas’
Staff members at the firm’s offices in northern California enjoy an annual winter trek to Lake Tahoe for 24 hours during their work week. “This year, we played at Northstar, where we are delighted to report no one was injured and everyone had a great time,” the firm’s career section on the website reads.

You might also like:
Employee morale: a matter of playing cards right
Kooky companies that pay their office workers … to ski
Amazon raises the hiring bar by giving best employees extra work