Who defines “best” and do we agree? One leadership expert is questioning the validity of end-of-year employer lists. 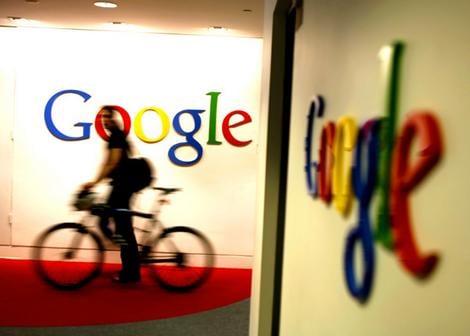 At
the end of every year we’re inundated with lists – albums, films, scandalous celebrity events – they’re all collated and put in an easy-to-read top 10 but are they really that accurate?

Well, leadership expert and business writer Tony Schwartz thinks there’s at least one end-of-year list we should take with more than a pinch of salt – the ‘Best Places to Work’ list.

In the final weeks of 2014, Glassdoor named Google as the highest-rated large company and it didn’t come as much of a surprise - the tech juggernaut offers an unrivalled array of employee perks including free food, gym access and low-cost massages but are these benefits just serving to brainwash workers?

These lists certainly track how good a company is on paper but, according to Schwartz, they don’t measure something which is far more important – the quality of their employees’ lives.

“Over the last decade, I’ve spent countless hours interacting with employees at all levels in many of the companies that appear on the Glassdoor best-companies list, as well as on the Fortune annual 100 Best Companies to Work for list,” writes Schwartz. “What these employees tell me, with increasing consistency, is how exhausted and overwhelmed they are.”

“The relentless work demands take a toll on their health, happiness and family life,” he continues. “That also affects their morale and their ability to think creatively and reflectively.”

But if they’re so over-worked why do they respond so positively to employee surveys?

They are, according to Schwartz, “prisoners of low expectations.” They’re grading on a curve.

“Their vision of the possible is limited by the workplace experiences they’ve had,” he writes. “They’ve been rewarded for working long hours while sacrificing other aspects of their lives, including time with their families and time for themselves. They’ve learned how to rationalize their choices, and not to expect more from their employers.”

So, while employees at some of the “Best Places to Work” may be inundated with impressive perks – they come at a cost and most lists aren’t measuring that.

Now, Schwartz is urging employers to shift the focus from fad benefits to creating a work environment which “enables and encourages all employees to regularly refuel and renew themselves, both on and off the job.”

“Employers atop the Glassdoor and Fortune lists would be well served to ask themselves: how much time and energy are you investing to ensure that your employees are healthier, happier, more focused and more purposeful?”