Thanks, but no thanks, say Canadian women at work

Canadian women may be breaking down barriers to win equal workplace opportunity - but that doesn’t mean they actually want to work in senior roles. 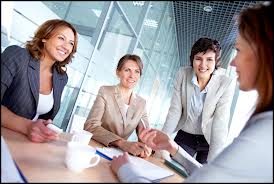 an style="line-height: 20.7999992370605px;">Canadian women may be breaking down barriers to win equal workplace opportunities – but that doesn’t mean they actually want to work in senior roles.   A survey from Randstad Canada has found equal opportunity in promotions is improving, as is the attention given to the issue of women in leadership.   However, the survey found 48% of Canadian women have no desire to hold senior management positions, while close to another 30% remain undecided.   This leaves only 20% of women in Canada ready to leap into the upper echelons of management, having made a commitment to climb the corporate ladder.   The third annual Women Shaping Business report from Randstad found a decrease in the perceived salary gap between men and women. This year, 65% of women said there was a salary gap, down on 78% last year.   The survey also logged progress for women when it came to their ability to achieve better work-life balance and flexible working arrangements.   However, Randstad’s 2014 findings suggest that it may be the desire for families that is still holding women back, with 53% fearing that absences due to family obligations would prevent them from moving up into senior roles.   A further 51% of women surveyed were concerned their ability to ascend the corporate ladder would be affected by their need for maternity leave.   Randstad found women were not very assertive in pursuing any desire to breach senior management ranks, with only 5% having put in place their own mentoring arrangements. A further 9% had a mentor provided by an employer.