The CEO of a global tech firm has admitted he was “completely wrong” last week, when doling out advice about women asking for a pay rise. 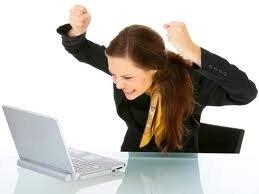 an style="line-height: 20.7999992370605px;">Females don’t need any advice to assertively request a raise, according to Microsoft chief executive Satya Nadella.   In fact, they shouldn’t be asking for a raise at all.   Instead, Nadella suggested that women should “have faith that the system will actually give you the right raises as you go along,” he told attendees at the Grace Hopper Celebration of Women in Computing in Phoenix last week.   Furthermore, “women who don't ask for raises… [have a] superpower... because that's good karma, that'll come back,” he told his dismayed audience.   The event’s moderator, Maria Klawe – the president of Harvey Mudd College and a member of Microsoft's board of directors – immediately disagreed with Nadella's answer.   Klawe said that when she was hired as Dean of Engineering at Princeton, she discovered she was making $50,000 a year less than she should have been.   “Do your homework,” Klawe advised the women in the audience, “and don't be stupid, like I was.”   Nadella’s advice wasn’t well received, at the event or on social media afterward.   He quickly realised the controversy his comments had caused, prompting him to send an apologetic email to Microsoft employees, which he posted online.   “I answered that question completely wrong,” he said candidly.   “Without a doubt, I wholeheartedly support programs at Microsoft and in the industry that bring more women into technology and close the pay gap. I believe men and women should get equal pay for equal work. And when it comes to career advice on getting a raise when you think it’s deserved, Maria’s advice was the right advice. If you think you deserve a raise, you should just ask.”