Surprise! How one CHRO fixed an unexpected supply chain nightmare

A multinational CHRO was shocked to learn his company was unknowingly engaged in unethical practices overseas. Here’s how he fixed it. 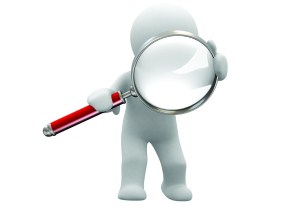 an style="line-height: 20.7999992370605px;">During his time serving as CHRO of a major manufacturing organization, Mark Fogel always believed his employees were provided safe and well-regulated working conditions. That all changed during one revealing trip to Southeast Asia.   Because his first two visits to Leviton’s factories in China involved group tours led by the operations team, everything appeared to be fine. It wasn’t until he showed up unexpectedly that he realized this was all a mirage.   “That’s when the curtain came down and I saw what was really going on – they were presenting an image that wasn’t truthful of what was happening in the factories and dormitories,” Fogel said.   Some of the major issues he came across included faulty plumbing and insufficient hot water for showers. He immediately contacted senior management at the factory and demanded change.   “I didn’t ask; I told them that they were going to remediate these issues with 24 hours. Before I left, those conditions had to be fixed,” he said.   He also reached out to Leviton’s executives in the U.S. and informed them of his findings. Although the factories may have passed compliance measures in China, Fogel insisted on a higher threshold of acceptability.   “I think the litmus test is if you had your own teenager working in that situation, would it be acceptable to you?”   This anecdote provides an important takeaway for HR professionals worldwide: in the face of cost reductions and limited resources, HR leaders need to be extra vigilant of the realities that employees face in each level of the organization.   In particular, when dealing with an overseas workforce, it’s important that HR provide instruction on such topics as sex education and health awareness. Also, since many medical conditions are treated in-house, HR should be prepared to work with factories’ healthcare practitioners and be able to guide medical staff.