Still focused on annual reviews? Why it’s time to let them go

Some managers like their routine, but amping up your review process could get you real time results – and a more dedicated staff. 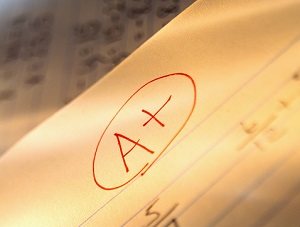 Despite all the talk of real time feedback and Generation Y’s need for praise and critique some companies are still stuck in the rut of six or 12-month performance reviews.

If you’re only correcting poor performance once a year you’re doing your company and employees a disservice.

Facebook HR exec Lori Goler instigated changes at the company so employees and managers give and receive feedback in real time after meetings or presentations. She told the Wall Street Journal her goal was to make feedback so frequent and “light” that employees would barely even realize that there was a review system at all.

And if you’re focused on the negative it might be time to rethink, according to management coach and author Bruce Tulgan.

By implementing a system like Facebook’s, with frequent updates and timely feedback you can help align people’s performance with expectations and it gives them the opportunity to adjust over time, rather than trying to change course after a negative performance review.

“Part of why the ongoing dialogue works so well is it lowers the stakes in each of the conversations. Think about what happens in the six and 12-month reviews,” Tulgan said. “You’re talking to people about stuff they did six or 12 months ago, for one thing. And they’re like, ‘Wow, I wish you would have told me that at the time’.”

He’s not suggesting the annual reviews get discarded entirely, but managers should see it as an opportunity to discuss long-term goals and career pathing instead of the right time to address petty grievances or major performance issues.