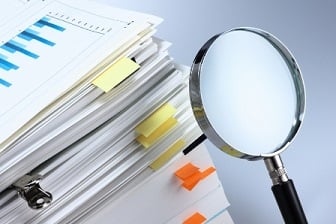 Bryon Linnehan spent more than two years chasing bad guys around Iraq as a U.S. military-intelligence officer. Since May, he’s been using skills he honed on the battlefield to monitor electronic communications inside Barclays Plc.

Desperate to avoid more costly run-ins with regulators, investment banks are hiring former intelligence professionals like Linnehan to scrutinize virtually all aspects of their employees’ working lives, from how long they take for cigarette breaks to which websites they frequent. The goal: to deter the next market manipulator or rogue trader.

“There’s not much use in closing the barn door after the horse has left,” said Linnehan, 37, who works in Barclays’s New York office and was interviewed during a break from National Guard maneuvers in the Rocky Mountains. “We want to be able to identify any potential issues before they turn into anything troubling.”

Agents more used to tracking terrorists and busting organized-crime rings have found a lucrative second career keeping tabs on Wall Street traders, according to more than a dozen recruiters, bank executives and compliance officers interviewed for this article. Methods used to analyze voice, text and e-mail communications for national-defense purposes aren’t far removed from those now employed to unearth trader misconduct. That makes former spies a natural choice for banks, where they can expect to at least double their pay.

“Military-intelligence people are used to parsing partial bits of data from communications, from behaviors, and putting those together in a way that would predict the next terrorist attack or some other type of much more horrible thing than we’re dealing with,” said Ben Bair, global head of whistle-blowing and investigations at Barclays in London. “And that’s what we need to take surveillance to the next level.”

In the past 18 months, firms including Deutsche Bank AG, HSBC Holdings Plc and JPMorgan Chase & Co. have hired dozens of former agents from the U.S. and British military, the Central Intelligence Agency and the top secret U.K. Government Communications Headquarters, executives and recruiters said. Officials at the banks declined to comment.

While banks have been hiring law-enforcement types for years, it was typically to combat thieves, said Chris Mathers, who spent 20 years with the Royal Canadian Mounted Police before joining the forensic-investigations division at accounting firm KPMG in 1995. More recently, banks have been hiring to keep out cyber criminals.

“The biggest threat to banks today, the absolute biggest threat, is the regulator,” said Mathers, who now runs his own consulting firm, Chrismathers Inc., in Toronto.

In the wake of the financial crisis and a litany of legal probes, banks are under scrutiny like never before. The industry has become an extension of law enforcement, with managers expected to spot and report any potential wrongdoing or face the consequences, Deutsche Bank Co-Chief Executive Officer John Cryan said in Davos, Switzerland, last month.

Linnehan, a native of Queens, New York, who grew up fishing off the coast of Brooklyn, joined the U.S. army a month before the Sept. 11, 2001, terrorist attacks. He started at Barclays last May, just as the firm was fined a total of 1.5 billion pounds ($2.2 billion) for colluding with other banks to manipulate the foreign-exchange market.

The London-based bank had already been fined 290 million pounds for interest-rate rigging and about $435 million for manipulating electricity markets. Linnehan, who served as an intelligence officer in a cavalry tank battalion in Iraq, now spends each day sifting through hundreds of e-mails.

It’s not just manpower that the banks are poaching. Most of the technology they are using to monitor employees has its roots in Cold War-era Defense Department programs.

Barclays is one of several firms exploring the use of behavioral science technology to analyze past scandals, seeking patterns that could enable them to prevent traders from becoming the next Kweku Adoboli, the former UBS Group AG employee who racked up a $2.3 billion loss from unauthorized trading. JPMorgan is rolling out a surveillance program that uses algorithms to identify potential rogue employees.

Banks are on the lookout for outliers -- those who deviate from the norm, either by consistently making more money than colleagues, using their work e-mail less than peers, taking fewer holidays or accessing back office systems they don’t need to. Just about every moment of a trader’s workday is under scrutiny, from which areas of the building they access to how long they take for lunch. The websites they look at are of particular interest: frequent visits to spread-betting and gambling sites trigger alerts.

"It’s naive to assume that bank-hired spies would even have the appropriate skill set needed for early detection of fraudulent trading given the sophistication and complexity of such schemes," said Mark Williams, a lecturer at Boston University and author of "Uncontrolled Risk," a book on the rise and fall of Lehman Brothers Holdings Inc. "Setting up draconian measures such as Big Brother also sends the wrong message to hard-working and law abiding traders."

Those sentiments haven’t slowed the race to hire in compliance, even as trading operations are being scaled back. UBS, the largest Swiss bank, announced plans last year to add 350 compliance staff to keep tabs on its employees and clients. One recruit in late 2014 was Emily Trageser, who spent years in “austere tactical environments” with the U.S. military as a signals-intelligence specialist and cryptologic linguist, according to her LinkedIn profile. A UBS official declined to comment or to make her available.

All the surveillance is fomenting paranoia on trading floors, said four dealers who asked for anonymity in discussing their places of work. Fearful of being fired for the slightest infraction and banned from using personal mobile phones on the desk, some traders are texting their spouses while hiding in the toilet, they said. Others have left for hedge funds, where conduct isn’t monitored as closely. For banks, such concerns are secondary.

Fines have become a top business risk, said Mathers. “If the regulator comes in and says you guys have screwed up, then they’re going to fine you and name you and shame you.”