There’s no stopping workers from owning smart devices, but there is reason to be cynical of smartphones’ touted benefits 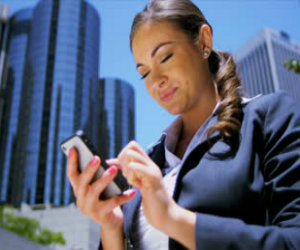 Whe
n workers try to get more done on their smartphones at night, they’re more likely to be less productive the following day. It’s a risk a Michigan State University scholar has identified from a study surveying hundreds of workers both at management levels and below.

Colleagues who monitored their phones for business purposes after 9pm were consistently exhausted and less engaged at work the next day. Smartphones had a more intensely negative effect than televisions, laptops, and tablets when it came to disrupting sleep.

“There may be times in which putting off work until the next day would have disastrous consequences and using your smartphone is well worth the negative effects on less important tasks the next day,” he said. “But on many other nights, more sleep may be your best bet.”

And if you think your company won’t be affected by this modern-day phenomenon of bringing work home, the statistics show otherwise.

“While adoption still varies across companies, trending data shows the entire bell curve moving upward, with 12% of companies reporting an 80-100% mobilization,” said Brian Reed, chief product officer at BoxTone, which surveyed enterprises for mobile use. “Clearly, there is a maturation of mobile deployment in the workplace, where it’s moved from the pilot stage to crossing the threshold into more mainstream adoption.
The 2013 survey found that: You might also like:
Mobile strategies the only option
All a-twitter about personality
Why your employee surveillance system probably won’t work