Smart phones are officially damaging the careers of the next generation of job-seekers, according to a new survey. 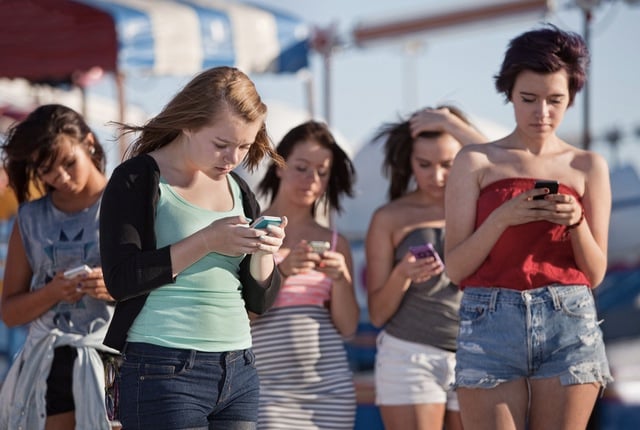 Sma
rt phones are officially damaging the careers of the next generation of job-seekers, according to a new survey.

The UK poll, undertaken by LifeSkills at Barclays, found that 43 per cent of organizations are concerned that younger employees use their mobile phone too frequently to make personal calls.

Kirstie Mackey, head of LifeSkills at Barclays, said the survey – which drew responses from 500 organizations – showed employers don’t have confidence that their younger staff will behave appropriately at work.

“Not only are young people struggling to gain the confidence to carry out tasks, but businesses don’t believe they have the skills for entry level roles. This problem needs to be addressed,” she said.

International entrepreneur Theo Paphitis told The Telegraph he felt high school students would benefit from an “enterprise education,” to broaden “the exposure that we give children of the real working world.”

“It’s about problem solving but it’s also about understanding the commerciality of life after school, when you can’t access the bank of mum and dad,” he said.

“What does it take to earn an income? Do you just turn up somewhere for eight hours and at the end of the week you get a pay cheque? What’s the outcome of your toil? That’s what an education of this kind would show students.”

The next generation of young adults need to be prepared, he added, “not just for academia or for an exam result, but for the day-to-day commerciality and competitiveness of future life.”