Six political skills all HR professionals should have

Experts say business leaders should possess the same core qualities as successful politicians – these six political attributes could come in handy for HR. 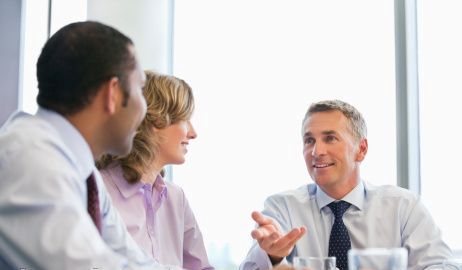 Jea
n Leslie, a senior fellow and Bill Gentry, a senior research associate at US based Center for Creative Leadership (CCL), wrote in a recent Forbes article that successful leadership requires political skill.

“Workplace politics is present in all organisations and probably always will be,” they said. “Avoiding or ignoring it limits you and your organisation. To be an effective leader you must acknowledge political reality in your organisation and develop your political skill.”

They added that leaders should remember the “important paradox” that those who have political skill appear not to have it.

“That’s because skilful political behaviour usually comes across as genuine, authentic, straightforward and effective,” they explained. “Leaders who aren’t politically skilled, on the other hand, end up looking manipulative or self-serving.”

According to Professor Gerald Ferris, a management and psychology professor at Florida State University, politically accomplished leaders are masters of four critical skills:

Managers who are effective influencers build strong interpersonal relationships. They also tend to have a better understanding of broader situations and better judgment about when to assert themselves. Skilled influencers are not usually overtly political, but are seen as competent leaders who play the game fairly.

Socially perceptive managers are aware how to use interactions to their advantage. In social settings, they accurately assess their own behaviour as well as that of others. Their strong powers of judgement and high self-awareness contribute to their political effectiveness.

Skilled networkers build friendships and professional alliances by garnering support, negotiating and managing conflict. They know when to call on others and are seen as willing to reciprocate.

Leslie and Gentry added that research at CCL had outlined an additional two traits of politically skilled business leaders:

Politically skilled managers are careful about expressing feelings, and consider the timing and presentation of what they have to say.

Managing up – and down

Leaders need to skilfully manage up by communicating with their bosses and keeping their seniors informed.

But this can become a double-edged sword; research shows that the people who are most skilled at managing up tend not to invest enough energy in building and leading their teams. True political skill involves relationships with teammates and direct reports as well as higher-ups.