Should the minimum wage be increased?

You might be surprised by the corporate players answering ‘yes’ to that question and what those answers could mean for HR. 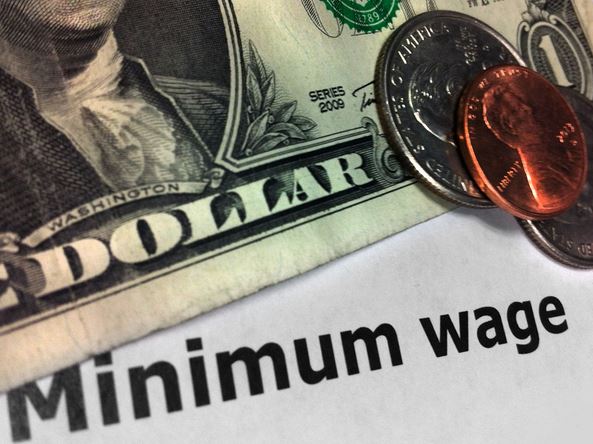 Alw
ays a hot topic, the minimum wage went under the microscope recently in a new CareerBuilder survey. Researchers set out to find out whether the minimum wage should be increased, why or why not, and by how much. The results were surprising in that employers strongly spoke out for increasing the minimum wage, with many senior company leaders agreeing.

Employers overwhelmingly (74 percent) said that increasing the minimum wage would improve the standard of living for workers. Fifty-eight percent said that doing so would have a positive effect on employee retention, while 55 percent said it would help bolster the economy. Consumer spending accounted for 53 percent of employer agreement, while higher productivity and higher quality work was cited by 48 percent of respondents. Finally, 39 percent said a higher minimum wage would allow workers to pursue more education or training.

Naysayers cited less hiring (66 percent), issues for small businesses (65 percent) and hikes in prices to offset labor costs (62 percent) as issues that might stem from an increased minimum wage. Other issues included potential layoffs (50 percent), increased use of automation as a replacement for workers (32 percent) and suffering in wages for higher-level workers (29 percent).

The survey was conducted online by Harris Poll on behalf of CareerBuilder from May 13 to June 6 and included a representative sample of 2,188 full-time hiring and human resource managers and 3,372 full-time workers in the private sector across industries and company sizes.

Another recent survey, this one conducted by Technomic, found that 83 percent of restaurant diners support increasing the minimum wage for workers in those establishments. Technomic Executive Vice President Bob Goldin said in a statement: “Consumers clearly believe the economic benefits of a minimum wage increase far outweigh the negatives. Restaurants and other industries have to recognize the consumer groundswell that exists with respect to this matter and, in many cases, be prepared for increased labor costs.”