Should HRD have resigned over solicitation charge?

While the ‘john’ stepped down from his part-time professor’s job, he remains as HRD for San Bernardino County 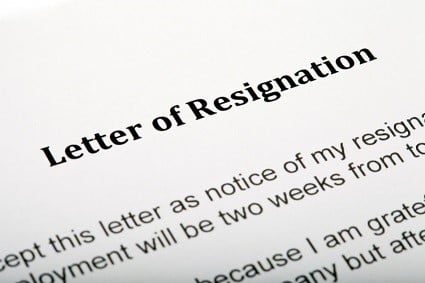 A C
alifornian HRD convicted of agreeing to engage in prostitution has caused further controversy by failing to resign from his role – but should he really be obliged to?

San Bernardino-based Andrew Lamberto pleaded guilty to the misdemeanour charge and was sentenced to 10 days of community service and three years of informal probation – he stepped down from his position as a part-time professor at California State University but chose to remain as the county’s HR director.

Own up or cover up?

Country CEO Greg Devereaux confirmed Lamberto - who has a salary of approximately $190,000 and oversees about 200 employees – had admitted his indiscretions just one business day after the incident took place.

At the time, Devereaux imposed significant discipline on Lamberto, including a “last-chance” agreement – but only informed the board six months later when the media picked up the story.

“There is no acceptable excuse for my behaviour,” Lamberto said in a later statement. “What I did was wrong, and I accept full responsibility for my actions. I deeply apologize to the CEO, the Board, my fellow county employees, and the people of San Bernardino County. Public service is a privilege, and I will continue to work hard to earn the confidence of those I am fortunate enough to serve.”

“I was extremely disappointed that this situation was not brought to the Board’s attention earlier, given Mr. Lamberto’s position,” Chairman James Ramos said.

Devereaux defended his decision and said “Historically, disciplinary actions have been handled as purely administrative matters and not brought to the attention of the Board of Supervisors. Therefore I did not bring this matter to the Board’s attention. However, if the Board was to direct that it be notified about such matters in the future, I will certainly comply with that direction.”

But the apologetic ex-professor has sparked debate as many question why he felt he should step down from one leadership role and not another.

HRM spoke to one HR manager said Lamberto shouldn’t necessarily be forced out of his hard-earned HRD position.

“While HR people are often positioned as moral guardians within an organisation, I feel that what he does in his personal life is just that... personal,” said the international HRM who preferred to remain anonymous.

“As long as there aren’t other factors involved that add further moral complexity, I feel that his personal activities do not necessarily go so far as to make his moral position within the company untenable,” she added, before conceding that it may be difficult for Lamberto to command a level of respect from his workforce going forward.

In regards to why Lamberto may have resigned from the professorship but not the personnel role, the anonymous HRM suggested salary might have played a significant role.

“It looks like he was paid quite a lot in his senior HR role, so maybe that's why he retained that role and was just prepared to swallow his pride,” she suggested. “But looking deeper, I think that HR people in their roles are used to having people not like us and/or think that we're hypocritical, so I guess it's just taking that a little bit further."

The suggestion of a cover-up and the news that Lamberto will keep his job has not gone down will with employees and the Service Employees International Union (SEIU) announcing protests pushing for accountability and real change late last week.

“CEO Devereaux has built a fortress around himself and his top administrative staff. Even the supervisors are kept out, allowing him to sweep away wrong doings by his cronies,” said Tracy Silveria, communications specialist with SEIU Local 721.

“Just saying we will learn from mistakes and will do better isn’t good enough,” she added.