Should HR have close friendships at work?

Forming bonds with your workers is important but could deeper relationships end in disaster? HRM asked an expert 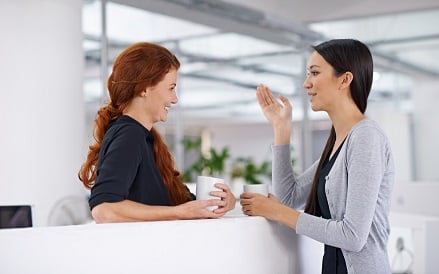 A r
ecent survey showed that colleagues are the number one thing most people love about their job but could forming meaningful friendships with co-workers end in disaster for HR?

One VP told HRM that industry professionals should be wary of the message they might be sending to the entire workforce if they’re forming a close friendship with just a few employees.

“I think because of what we know and the information that we have access to, the deeper we’re perceived to have friendships in an organization, the tougher that becomes with respect to how our decisions are questioned,” says Halogen Software’s VP of HR Dominique Jones.

“It’s difficult to maintain a level of neutrality around decision-making if it could even be vaguely perceived as favouritism,” she adds.

“I’ve been in organizations where there have been some cliques of various different employees where I’ve actually had to have some challenging conversations with executives around the optics of that because even though you might not be talking about work in your personal time, people think that you are,” reveals Jones.

By undermining HR’s position as a neutral party, professionals could also be damaging their credibility, warns Jones.

“The expectation of HR is that we’re neutral, balancing the needs of both the organization and the employee – I think you start to lose that balance and the ability to see that balance if you’re clouded by personal relationships,” she says.

It’s an issue that Jones says goes beyond current employees and must be considered with potential employees too.

“I’ve thought that about referring people into the organization – there are lots of people that I’ve worked with in the past who I think would be fantastic – but then you have to consider what the perception of that will be,” she told HRM.

While Jones suggests avoiding close friendships in the workplace, she stresses HR professionals should still strive to show their human side and form bonds with their employees.

“My team would know what my family circumstances are and that I’ve got certain commitments and we have jokes about our difficult parents and things like that but I don’t see work colleagues over the weekend and I have chosen throughout my career to keep the two things completely separate,” reveals Jones.

“There’s no reason why you as an HR professional you can’t let your hair down,” stressed Jones, who despite being a self-confessed introvert, has willingly participated in the office’s regular lip-syncing battles.