Seniors cleaning up in labor market

Americans aged 55 and over seem to be an at a significant advantage to everyone else, racing ahead in the jobs market. 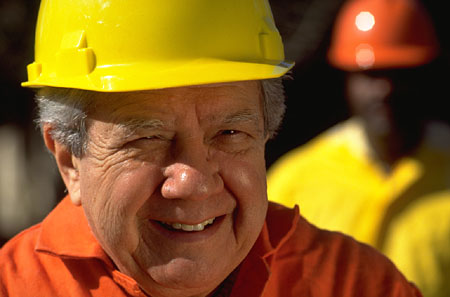 The
U.S economy added a disappointing 126,000 jobs last month – the weakest growth in over a year – but what’s even more worrying is that the majority of those jobs are being taken by workers in just one age bracket.

Those aged 55 and above actually saw an increase of 329,000 new jobs last month, whereas every other age group suffered losses – pulling the net gain down to a paltry 126,000 jobs.

So why are younger workers facing such severe losses while older employees are on a high?

“There are a variety of factors about why there are glaring job gains in the older demographic group and very little job creation for young adults,” Dr. Mark Thornton, senior fellow economist at the Mises Institute, said.

“The foundations for retirement are being killed off. The only financial investment benefits come from the stock market, which is risky – too risky to throw in an entire nest egg.”

“Many times older people don’t have the savings to retire,” he continued. “Social Security doesn’t cover even a lower middle-class income, especially if you don’t own your home outright, so people are forced to stay in, or get back into, the workforce to build a nest egg,” he continued.

On the other side of the equation, highly-educated young people are reluctant to accept entry-level positions that they feel over qualified for.

“Younger people are highly skilled in some areas – computer science, coding, technical skills – but deficient in practical, blue-collar skills such as welding or wiring,” said Thornton. “Right now in our economy, we have a glut of workers for management, liberal arts and computer skills but a shortage of workers for practical skills. Public schools and universities have not kept up when it comes to preparing students for a realistic place in the workforce. They’re not looking at supply and demand. There’s either a huge surplus or a huge shortage.”

More like this:
Lawmakers push for veteran job quota
How HR can lift morale during times of high-stress
The barriers to learning that “squander” L&D experiences