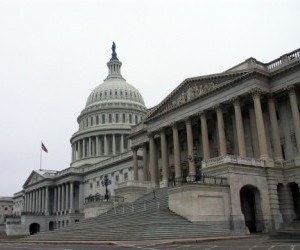 Las
t week, nine Senate Democrats introduced a new bill that would dramatically extend overtime protections to nearly four times as many workers as the number that currently get overtime. The bill, called the Restoring Overtime Pay for Working Americans Act, builds on President Obama’s executive order from two months ago, when he directed the Department of Labor to adjust the agency’s white-collar overtime exemption regulations under the Fair Labor Standards Act.

For employers, the Act would make it substantially harder to classify employees as exempt, for two main reasons.

Firstly, the Act would increase the salary threshold that makes an employee exempt, from $455 to $1,090 a week for executive, administrative and professional exempt employees. After the threshold is raised over a three-year period, it would then increase automatically according to annual inflation. For highly compensated exempt employees, the threshold would leap from $100,000 to $125,000 over three years.

The Act would also limit the amount of time that exempt employees can spend on work duties that are not exempt. At the moment, a worker’s “primary duty” could legally be a task that the employee only spends a few hours a week on – but it could cause the employee to be exempt. However, the Act would require an employee to spend at least 50% of his or her time on the primary duty.
Senator Tom Harkin, of Iowa, who is sponsoring the bill, accusing current overtime laws of being out-dated.

“Plain and simple, if you have to work more, you should be paid more,” he said. “Our legislation takes a commonsense approach to restoring overtime protections by making clear who should be eligible for overtime, while strengthening compliance provisions.”

You might also like:
Federal bill to reverse 'employer-friendly' Supreme Court decision
Even the government thinks the EEOC sues employers too much
Here's what the government plans to regulate on in 2014