Recruiting the rarest of rare: lessons from Cirque du Soleil

Cirque du Soleil’s employee base encompasses over 100 different professions. Here’s how they find the most unusual among them. 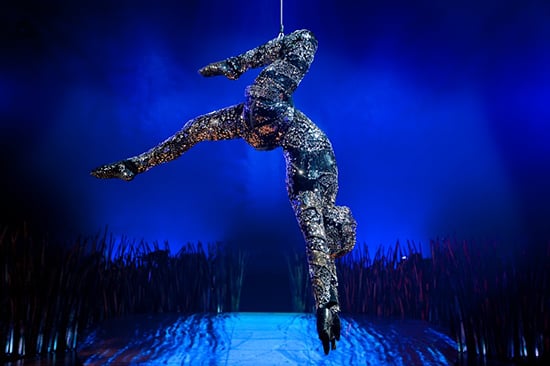 In the early 1980s, a group of street performers in the village of Baie-Saint-Paul, Quebec would delight locals with fire breathing, juggling, and walking on stilts.  Those performers eventually became Cirque du Soleil, the cultural phenomenon that has entertained nearly 150 million viewers since its inception.

Acquiring performers for these productions is no easy task, paradoxically because of the scarcity and overabundance of performers available.

Cirque du Soleil receives tens of thousands of resumes every year, often in the form of videos submitted online.  The entertainment producer brings exceptional candidates in for auditions, along with spectacular athletes that casting came across firsthand.

“This ensures that we have a certain skill standard of people coming to our auditions,” said Line Giasson, director of international casting.

These performers then audition for an entire day, and are asked to operate outside their comfort zone: swimmers may be required to sing or acrobats asked to deliver a comedy routine.  This is all done to assess whether the applicants have the versatility, charisma, and courage needed for the theatrical nature of the French-Canadian Circus.

“We often choose for personality.  One candidate may be lower on the technical side, but we know that person will bring something special to the stage,” said Giasson.

Of course, even with this expansive talent pool, challenges arise when directors need a performer with rare attributes at any moment’s notice, such as small-framed hot air balloonist over the age of 18.  In these instances, Giasson and her team are forced to be creative.

“We dig,” said Giasson.  “And often we find talent in conventions, other circuses, and places where similar performers tend to congregate.”

For example, there was a man who showed up to a singing audition, only to whistle.  Cirque had never featured whistling in a show before, but the man’s prowess blew the judges away.  They created a character just for him.

“As soon as we find somebody really unique, we are proud and very excited for a possible new creation.  But we are playing against ourselves, because there’s only one,” said Giasson.