Putting HR’s head in the clouds

Cloud technology has become more than just a buzzword. In fact, it is set to become one of the most important ways in which HR can interact with staff 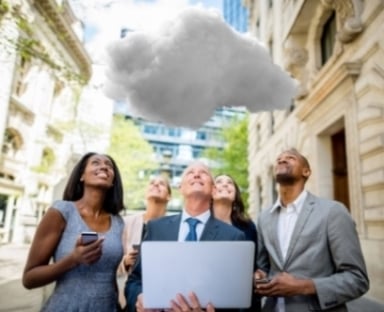 This increased adoption is pushed by the technology’s added convenience and the proliferation of the mobile sector worldwide.

For HR, cloud computing is sweeping through businesses from large enterprises to smaller start-ups with programs handling everything from payroll services to employee engagement.

“If you look at the total number of employers around the world, there are now thousands who are interacting with a cloud-based HR system,” Dalal said. “Research shows that equates to over 150 million employees.”

With the increased use of cloud technology, employees will start to demand better quality, more consumerised technology from their employers, Dalal added. It is therefore important for HR to understand this new technology and how it can spark change within the organisation.

“From an HR leader perspective, they will feel increasing pressure to become agents of change and drive adoption to meet the needs of their employees,” Dalal said.

“There is something inexorable about technology – it is always going to continue to evolve – and we can’t just pause that if you are an HR director or CHRO.”

In a recent IBM study, 63 per cent of C-level executives worldwide already thought cloud technology was the most important business tech to keep an eye over the short-term. Mobile technology, the second on the list, was essentially cloud-driven too.

Glenn Dittrich, director, smarter workforce at IBM, said that this would grow even further. In fact, IBM predictions show firms will put a further 15% of their spend towards cloud technology by 2018.

“If you think about the overall IT expenditure on the cloud in the region, there is tonnes of runway still to go,” he told HRM.