Thousands have protested the passing of a new Wisconsin bill which opponents say overly favours employers. 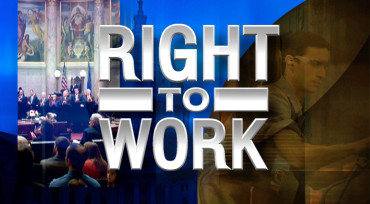 Tho
usands have protested the passing of a new Wisconsin bill which opponents say overly favours employers.

Potential presidential candidate Scott Walker is set to deliver a new blow to unions in Wisconsin as he prepares to sign a bill which opponents say overly favours employers.

The bill, which drew thousands of protestors to the state Capitol, gives workers the ability to opt out of once-mandatory union dues – even if they’re employed under union-negotiated contracts.

Opponents say the move would significantly weaken the clout of organized labour as many workers stop paying as soon as they’re provided an “out.” With less money, unions lose the ability to bargain and recruit new members.

The bill makes Wisconsin the 25th US state with a right-to-work law on the books – illustrating the growing popularity of the agenda.

This recent fight is just the latest example of how Republican leaders are pushing through laws that strongly favour employers while damaging the strength of unions.

Just four years ago, Walker pushed through Act 10 in the face of passionate protests. The Act ended collective bargaining and limited the reach of public sector unions.

Patrick Semmens, a spokesman for the National Right to Work Committee, said the bill was about being fair to workers.

"We think that every worker should be able to join a union and pay dues to a union, but no one should be forced,” he said. “So, on those merits alone, we think it's worth passing right-to-work.”

Democrat Senator Dave Hansen disagreed - “It’s bad for the working men and women of this state, both union and non-union,” he said, after the vote. “It’s ridiculous.”