The onus is usually on employers to close the gender wage gap but now one shopkeeper is taking things into her own hands. 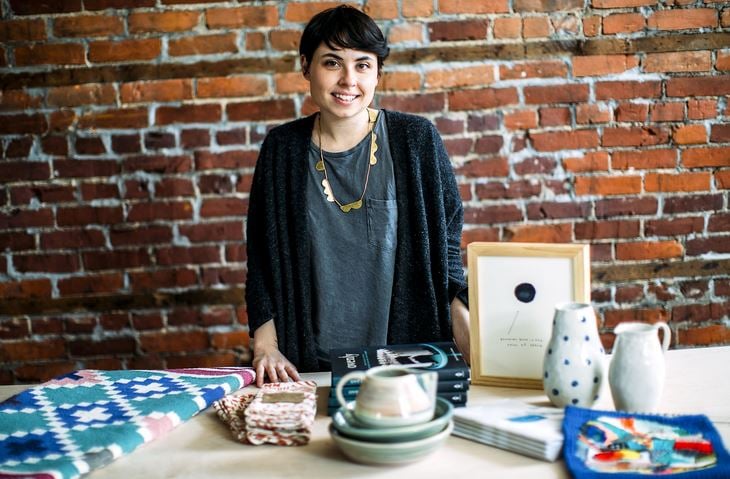 Emp
loyers usually bear much of the burden when it comes to closing the gender wage gap but now, one woman who isn’t satisfied with the slow progress has decided to take the issue out of the office and onto the high-street.

Earlier this month, graphic artist Elana Shlenker launched her own store ‘76<100’ in Pittsburgh, Pennsylvania – where women make 76 cents to every man’s dollar.

"The pricing structure is intended to be tongue-in-cheek, to grab the community's attention and then foster dialogue around the issue," Schlenker explained.

"I've read article after article about the wage gap and the ways in which women are perceived (and undervalued) in the workplace," she continued. “When I had the idea to do a shop with this 'pay what you're paid' pricing, I felt like it could be a really powerful, positive and fun way to approach this issue and also connect with other women whose work I admire."

The store only stocks a range of products, including books, stationary, ceramics and textiles – all of which are made by women.

So far, Schlenker says reactions to the store have been overwhelmingly positive.

"It's been incredibly positive in ways I've never anticipated,” she said, noting that many of the men who enter the store and learn about its purpose often end up sharing stories of the strong women in their lives.

Next up, 31-year-old Schlenker plans to shift her pop-up shop to New Orleans, Louisiana, where women are paid on average 66 cents to every man’s dollar. Appropriately, the store will change its name – and pay structure – to 66<100.

"More than anything that is what I hope for – to get people talking about the wage gap and these other women's issues, and to understand that remedying this isn't about discriminating against men, or even passing legislation necessarily," Schlenker said.

"There are a lot of more deeply seeded issues and biases in our society that are perpetuating this problem. Recognizing this, while encouraging women to ask for what they're worth is, is one small step toward positive change," she continued.

Schlenker’s thought-provoking store is not for profit and all of the income made will go directly to the female artists and designers whose products are sold.

More like this:
1 in 5 HR managers have asked illegal interview questions
Cutting cubicles: is it right for your company?
What employers want: America’s most in-demand degrees