Happier, healthier workplaces could be on the horizon thanks to one athlete’s unlikely illness. 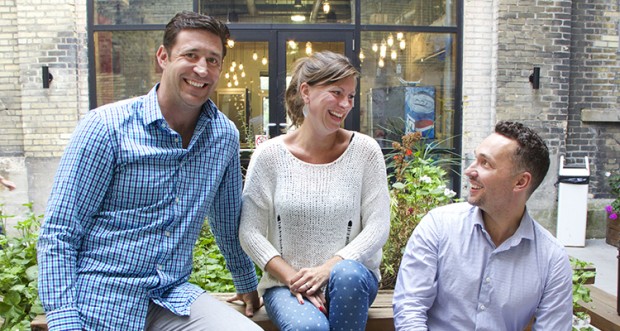 Kee
ping your employees engaged, enthused and up-beat is an ongoing effort for any HR leader but one athlete’s unlikely illness has inspired an app that could be about to make that task a whole lot easier.

When professional lacrosse player Jim Moss was struck down by a rare auto-immune disease in 2009, he all but lost the use of his legs.  Confined to a hospital bed, the top level athlete had the chance to reflect on his recovery process and soon realized his mood was having a significant impact on his physical rehabilitation.

Tapping into the notion of neuroplasticity, Moss explored the theory that positive behaviour can rewire a person’s brain and body for the better. Remarkably, Moss walked out of hospital after just a month, taking a new idea with him.

Along with his wife Jennifer, Jim recognized the correlation between his own experience and that of employees in the workplace. In a nutshell, happier people work harder and get better results. The couple launched Plasticity Labs just four years later with the aim of “helping a billion people find what makes them happier.”

Jim describes the app as a “mash-up of Facebook, Linkedin and Twitter, with a shot of Survey Monkey.” According to him, it’s the world’s first attempt to combine a social media platform with research-based analytics in a single technology.
How does it work?

Employees log into the app on a daily basis and rate their happiness on a scale of 1 to 100, giving an explanation for their score. Once inside, the app works like “a really positively focused Facebook stream.”

Guided by the principles of neuroplasticity, employees share their successes and socialize online – “When you’re actually asking people to think about (gratitude) every single day, that is where, whether people realize it or not, the behaviour is actually changing in the brain,” Jim explains.

An analysis of the data gathered is then passed on to employers along with recommendations on how to improve workplace culture in the most effective way.

“We have learned that there have been women in a group that aren’t happy. And we’ve been able to identify that and shift management or shift thinking around it, and prepare programming that is suited just to create a culture that is more inclusive,” revealed Jennifer.

So companies have already seen success with Plasticity Labs – telecommunications firm Fibernetics introduced the app in an attempt to transform the unmotivated and stagnant workforce.  The company’s president, John Stix, says it’s working: growth has increased by about 20 per cent, the number of customer trouble tickets are down by a quarter and employee complaints to HR have been halved.

But Jim and Jennifer are quick to assert that their app is not about maximizing profit, it’s about the bigger picture.

“The ultimate goal is to be able to make legitimate policy guidance for regions, cities, companies, and countries,” says Jim. “How do you build wealth and resources, and understand that health is wealth?”

Technology might be a tool but, according to Jennifer, achieving workplace results require tough, tangible, real-world interventions from business leaders. Would you rely on an app to track your employees’ happiness?