Pension overhaul for largest US employer

President Barack Obama has backed major plans that aim to make the US Army a more appealing employer. 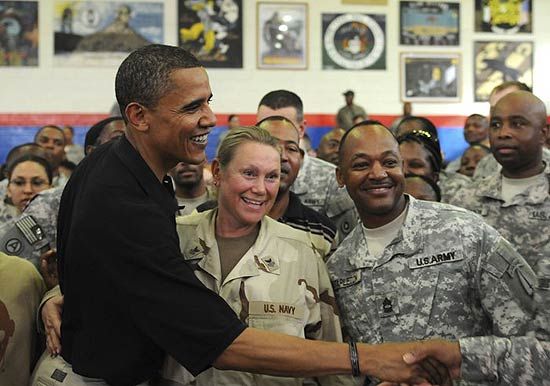 Low
pay, high risk and frequent relocation – the US Army isn’t the most appealing of employers and that’s without mentioning the less-than-attractive retirement plan – but recommendations supported by President Barack Obama could be about to improve the situation.

Under current rules, 83 percent of all enlisted personal and 51 percent of officers receive no retirement savings for their service. Members with 20 years’ experience may be rewarded with a generous pension but employees who leave before then are largely out of luck.

However, the Military Compensation and Retirement Modernization Commission is recommending some major changes that could seriously improve the US Army’s reputation as an employer – particularly among young people.

The commission recommended that pension benefits be reduced, but that military service members receive a lump sum payment at 12 years if they commit to serve four more years.

In addition, all soldiers would be enrolled in a defined contribution plan similar to a 401(k), in which the military would match up to 6 percent of contributions. Presently, there is a thrift savings plan but it’s voluntary and contributions are not matched.

"I believe the recommendations are an important step forward in protecting the long-term viability of the All-Volunteer Force, improving quality of life for service members and their families, and ensuring the fiscal sustainability of the military compensation and retirement systems," wrote Obama.

A survey by First Command Financial found that 61 percent of middle-class military families approved of the retirement commission's retirement benefit proposals, and just 11 percent were opposed. But they don't want their own benefits changed: 67 percent of the respondents who expect to serve for 20 years said they would rather keep their pensions.