‘Passing the trash’ no longer viable for HR, says lawyer 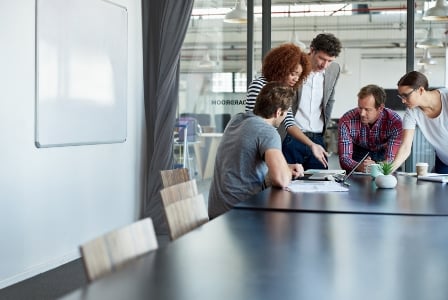 an style="line-height: 20.7999992370605px;">The recent shooting of two journalists on live TV in Virginia has ignited calls for HR to play a role in warning other employers against dangerous employees.   Philip Holloway, a lawyer and legal analyst at CNN, has argued employers need to recognise they are “putting at lives at risk” when they fail to warn subsequent employers about the dangerous behaviour of their former employees.   He argues employers and HR often put the company bottom line – and potential of  litigation – ahead of warning other companies during reference checks.   “It’s called passing the trash,” Holloway wrote on CNN. “Keeping quiet about a former employee's true nature is about fear and money,” he wrote.   “Violent and criminally-minded employees often move from job to job without anyone raising red flags about their bad experiences with them,” he continued.   “Employers are afraid to talk about their unpleasant experiences with the ex-employee for fear of retaliation, either physical or through litigation.”   Holloway said employers often choose to give just an ‘NRS’ – name, rank and serial number – rather than any details on the character of the employee and risk a lawsuit, with the average employment lawsuit costing $88,000.   “But where does this practice of ‘NRS’ leave workplace victims and their families?,” Holloway wrote. “Could death and injury be avoided if past employers were more forthcoming about a potentially violent employee?”   Holloway argues that just because it is legal to withhold critical information “doesn’t make it right”, and that employers have a moral obligation to protect subsequent employers and the public from dangerous people.   “In extreme situations such as violence and mental instability, concern for safety needs to rise above fear of costly legal judgments,” Holloway said.   Holloway said under US law past employers can provide both facts and opinions, but that they could indeed end up as the subject of a lawsuit if the former employee sues them for defamation or another type of lawsuit.   He said a statement of opinion is not defamation, but a statement of fact if untrue can be, and that state legislatures in the US should grant immunity for employers from defamation lawsuits in order to facilitate a more honest approach.