One in five drunk at work?

Have 20% of your employees come to work drunk? That's what one country found - but how does the U.S. compare and what can HR do to address the problem? 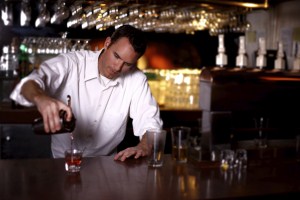 Wit
h workplace drug and alcohol testing in the news a lot this year, there has been a major focus on the drug side - what accurate testing looks like, what the risks are - and sometimes alcohol gets left on the sideline of discussions.

However, an international study shows it might be a bigger problem than drugs.

A survey conducted by the Australian Drug Foundation found that nearly one in five employees had performed work duties while drunk or tipsy. A similar number admitted to calling in sick due to the effects of alcohol, while about 40% said they’d gone to work while still feeling the effects of their drinking.

No similar studies exist for the U.S., but the Centre for Disease Control and Prevention estimates that alcohol-related lost productivity costs the U.S. economy $223.5 billion a year.

Phillip Collins, the head of workplace services at the Australian Drug Foundation, told HRM that employers needed to realise that drinking was not an “at-home issue”, even though the majority of alcohol is consumed outside of office hours.

“People don’t really understand the knock-on effect of alcohol. They think you can have a party at night and come to work the next day and be fully functional. But the truth is, alcohol takes a lot longer to get out of the system than people recognise. It impacts your performance.”

Collins said studies showed that a blood alcohol concentration of 0.09, nearly double the legal driving limit of 0.05, caused a massive drop-off in cognitive skills and huge variations with regards to motor skills.

“If you’re in a factory doing some assembly, there are big error rates that can occur. Or if you’re a manager doing cognitive work, you can make poor judgements. You might not feel over the limit or under the weather, but cognitively and motor skills-wise, you can actually be quite impacted.”

He said organisations needed to have a robust alcohol and drug policy that wasn’t just a behavioural statement, but was ingrained in the business.

It needed to cover things like what employees did in a social setting, how they interacted with clients and what the drinking cut-off rate was.

“Are you going for zero tolerance, are you going for a three-strike policy? There are a lot of things in the policy that need to be addressed, not simply a throw-away line to say, ‘Hey, we’re banning alcohol’.

“In certain settings, that’s actually a very difficult thing to do. If you’re in a sales environment, you may be called upon to entertain a client or to have a meeting over lunch or dinner and if you have a zero tolerance policy on alcohol, that’s not workable.”

Collins said organisations had to look at the reality of their business to make sure its drug and alcohol policy was a good cultural fit and it was able to continue to do business while providing a safe working environment.

“A lot of policies are created and put on the shelf where they collect dust and nobody actually knows about them until something goes wrong.”

Reiterating the policy was particularly important around high-risk times like Christmas and the “silly season” period, when parties were more common.

Legally speaking, dealing with employees who came to work under the influence was up to the organisation, said Collins.

“Apart from them not being able to break any laws – so if they’re over the limit of 0.05 they can’t drive – there’s no legislation that tells an organisation, ‘This is what you have to do’. It’s really up to the organisation to set those boundaries.”

Managers also needed to be educated on how to identify that someone is intoxicated.

“You don’t want to identify someone who might look intoxicated but is actually on prescription medication. Organisations have to become a bit smarter about what they do and there hasn’t been any real skill set that’s been put into the HR space that allows everyone to be upskilled.”

Are your employees up to speed with the company’s drug and alcohol policy?