That’s the question PayPal’s CEO asks potential candidates – but would you try any of these other unusual yet surprisingly insightful suggestions? 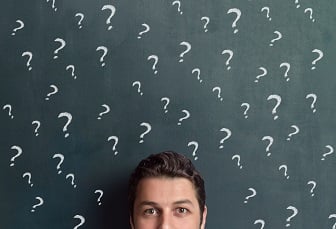 While most HR professionals have abandoned some of the age-old and more clichéd interview questions like; “Tell me your biggest weakness” – others are struggling to find something new that actually offers insight into what the candidates are really like.

“If you were a slice of pizza, what flavour would you be,” may be out-of-the-box but it doesn’t tell the employer too much about what to expect from the potential employee – unless they say they don’t like pizza and then you’ll know they’re a pathological liar.

Luckily, a collection of the world’s most successful business leaders have shared their favourite interview questions with Business Insider and, as expected, they’re a wonderful array of original yet insightful suggestions.

Here are some of HRM’s favourites:

Richard Branson: What didn’t you get a chance to include on your résumé?

Unsurprisingly, self-confessed eccentric and multi-billionaire Branson says he isn’t a fan of the traditional interview.

"Obviously a good CV is important, but if you were going to hire by what they say about themselves on paper, you wouldn't need to waste time on an interview," Branson explains.

American internet entrepreneur Hsieh is the CEO of online shoe and clothing shop Zappos – the company claims one of its core values it to “create fun and a little weirdness,” so the question makes perfect sense.

"[If] you're a one, you probably are a little bit too straight-laced for the Zappos culture," he said. "If you're a 10, you might be too psychotic for us."

Hannah Paramore: How old were you when you had your first paying job?

Nashville-based Paramore is the president of her namesake advertising agency, Paramore – she says the question offers insight into how ingrained a potentially employee’s work ethic really is.

“I’m looking for how deeply instilled their work ethic and independence are versus entitlement,” she said.

“If they worked part time in high school and college because they needed to, especially in jobs that were just hard work, that shows a huge level of personal responsibility,” she added. “I love people who have to patch success together from a number of different angles.”

Peter Thiel: Tell me something that’s true that almost nobody agrees with you on

“It sort of tests for originality of thinking, and to some extent, it tests for your courage in speaking up in a difficult interview context,” explains PayPal cofounder Thiel.

Jeff Zwelling: A hammer and a nail cost $1.10, and the hammer costs one dollar more than the nail. How much does the nail cost?”

Former Converto CEO and current COO of ZipRecruiter, Zwelling says he regularly turns to tricky questions during job interviews to get a better sense of who the candidate is.
“Some candidates will instantly blurt out 10 cents, which is obviously wrong,” he said. “They don’t have to get the exact right answer but I want to see them at least have a thought process behind it,” he explains.

General Stanley McChrystal: What would someone who doesn’t like you say about you?

Retired General McChrystal currently oversees his own management consulting firm – his favourite question essentially forces candidates to consider their least attractive qualities "and also muster enough courage to share them with someone who holds power over their careers," reports Business Insider's Richard Feloni.

Wayne Jackson: Can you tell me about a time when you almost gave up, how you felt about that, and what you did instead of giving up?

Jackson is the chief executive of software security firm Sonatype – he told the New York Times that the question reveals a lot about a potential employee’s competitiveness and their “drive to get through tough problems and tough times.”

Ajeet Singh: If you worked in a restaurant, what role would you want?

"This question gets at the essence of what drives a person and what they like to do, what inspires them, what motivates them" he explained. "I want to see if I can get some unconventional insight into what people are like when the job search constraints are removed."

Do you have any unusual or original interview questions that you swear by? Share yours below.