While there’s nothing wrong with a well-planned prank, an over-the-top joke can do a lot of harm and leave no one laughing 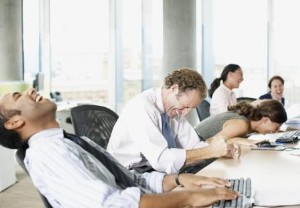 While there’s nothing wrong with a joke here and there, or a well-planned practical joke, an over-the-top prank can do a lot of harm and leave no one laughing. It can also be a headache for HR professionals, who often have the unfortunate responsibility of dealing with the fallout. Here are HC’s top finds for practical jokes that lost their way.

A manager at a restaurant chain in Florida decided to get into the April Fool’s Day spirit by offering a ‘free Toyota’ to the waitress who sold the most beer. After one waitress ‘won’ the competition, the manager blindfolded her and took her out to the car park where she was awarded her prize… a genuine ‘toy Yoda’ – that is, a plastic Yoda doll from the movie Star Wars.

Not impressed by the gag, the waitress sued the franchise and won. While the actual amount of the settlement wasn’t revealed to the media, her lawyer said in a statement that it was “more than enough to walk into any car dealership and pick out whatever type of Toyota she wants”.

Back in 2007, the Los Angeles Fire Department was forced to shell out more than $1.4m in compensation to veteran firefighter Tennie Pierce, after a workplace gag fell flat. Tucking into an odd-tasting spaghetti meal served up by his mates seemed innocuous enough, until it was revealed a can of dog food had been used for the ‘bolognaise’ sauce.

The firefighter successfully sued the department for “racial harassment, emotional distress, retaliation and failure to investigate”, and resigned from his long-serving role.

3. Fake arrest not so funny

American-based airline Southwest Airlines had a long standing initiation ritual for new employees at its Albuquerque base for those who successfully completed their probationary period. Newbies were ‘arrested’ by airport police who were in on the gag, and were led away in handcuffs on a bogus charge.

However, the tradition came to an abrupt end when Marcie Fuerschbach, a new customer service agent was ‘arrested’ in front of customers and her colleagues. Fuerschbach claimed she suffered serious emotional distress and successfully sued the airline, and the police!