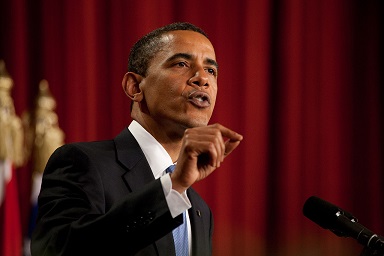 &ld
quo;Ban the box” has been picking up steam for a number of years but now it seems the ever-growing campaign has caught the attention of US President Barrack Obama – who recently announced the federal government would also commit to the initiative.

“I’m taking action to ban the box for the most competitive jobs at federal agencies,” he revealed on Monday, to a reception of welcoming cheers.

“The federal government, I believe, should not use criminal history to screen out applicants before we even look at their qualifications,” he added. “We can’t dismiss people out of hand simply because of a mistake they made in the past.”

A country in lock-down

The U.S. incarcerates its citizens at an unprecedented rate – presently, there are approximately 2.2 million Americans behind bars, accounting for five per cent of the world’s population and 25 per cent of its inmates.

Of course the vast majority of these individuals will be released – around 70 million Americans have some sort of criminal record, equivalent to one third of the entire working population – but that doesn’t mean finding a job on their return to society is an easy task.

“A lot of the time, that record disqualifies you from being a full participant in our society – even if you’ve already paid your debt to society,” explained Obama. “It means millions of Americans have difficulty even getting their foot in the door to try to get a job, much less actually hang on to that job.”

This, Obama insists, is bad for everyone.

“It’s bad for, not only those individuals, but for our economy,” he said. “It’s bad for the communities that desperately need more role models who are gainfully employed.”

Along with his announcement that the federal government would ban the box at early stages of recruitment, Obama revealed his administration would be providing new grants to help returning citizens seize their second chance through education, job trading, legal help and children’s services.

He also revealed that five cities would soon be announcing their own commitment to help ex –cons re-entering society train for high-tech jobs.

“We’re going to be partnering with them and others,” he confirmed.

Obama also encouraged members of congress to support the initiative, compelling them to pass the ban the box bill currently working its way through the senate.

“I believe congress should pass legislation that builds on today’s announcement,” he asserted, reminding them that some “really good, really successful companies are already doing this; Walmart, Target, Coke Industries, Home Depot – they’ve already taken action to ban the box on their own and 19 states have done the same.”