The American Society for Training & Development has announced a name change, and yes, it has considered its unsavory acronym 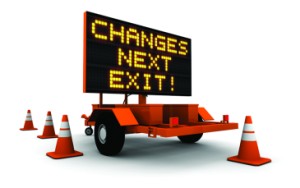 It&
rsquo;s still widely known as the American Society for Training & Development (ASTD), but the training association has announced a formal name change for the second time in its history. By early next year, it will have fully transitioned to a new branding, under the name Association for Talent Development.

The name change has been in the works since 2012, according to spokesperson Kristen Fyfe-Mills.

“We recognize the field has changed,” she said. “There are a lot of people responsible for developing others in the workplace, and to the degree that that broadens the base of people we reach, we have changed.”

Of course, it has not gone unnoticed that the name change also represents an acronym change away from ASTD--an acronym that some have pointed out could be perceived in unintended ways.

“In 1943 those three letters did not have the connotation that they have today,” Fyfe-Mills acknowledged.

ATD was established in 1943 as the American Society of Training Directors. However, since its establishment, its influence has spread far beyond the continent’s borders.