Mustaches a major mistake for managers

Facial hair has always been in fashion, but one study says it could be a bad career move. Would HR skip over a promotion decision based on what's on someone's face? 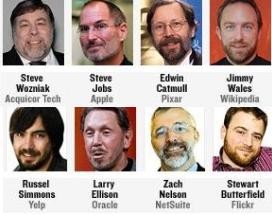 Spo
rting a moustache may give off a wise and mature image but it does not seem to be reflected in terms of workplace seniority and career advancement opportunities.

According to the latest survey by the American Mustache Institute and Wahl Trimmers, 92% of Americans surveyed believe mustaches are appropriate for the workplace and 65% believed facial hair should be encouraged where they work.

However, the findings also suggested that moustached Americans are still the minority in managerial positions. Among the 1,109 people surveyed, only 30 per cent of them reported to a supervisor with facial hair.

“We’ve observed this anecdotally for decades at the Institute, and now we have data to confirm it," ​American Mustache Institute chief executive Dr. Adam Paul Causgrove said.

"Mustached Americans have fewer opportunities for advancement and leadership than their shaven counterparts.”

One reason for this could be the stereotype attached to having a mustache.

However, the job climate for mustached Americans seems to be favourable.

According to the survey, 93 per cent of respondents said they would recommend a job opening to a mustached friend.

Are you a gentleman of the hirsute variety? How has it affected your career?