Most dangerous jobs in the world

What tops the list of most dangerous jobs, and how do we compare to other countries when it comes to health and safety? 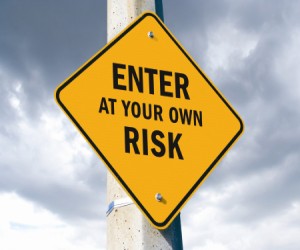 Whe
n it comes to dangerous jobs it’s easy to assume police, defence forces and firefighters will top all the lists, but when it comes to most lethal jobs they don’t even make the top five.

The USA's most dangerous industry is logging, with 62 workplace fatalities just last year. The fishing industry follows closely with 117 fatalities per 100,000 workers, according to the Bureau of Labor Statistics. These industries are followed by airplane pilots and flight engineers, roofers, and iron and steel workers.

Overall, the nation's safety record is good, with just 3.2 fatalities per 100,000 workers.

Australia
Australia’s fatality rate is one of the lowest with just one death per 100,000 workers. Like Canada, commercial fishing tops the list of most fatalities, following by mining, road train drivers – who make up 15% of all road fatalities – and construction workers. Farmers and rubbish collectors also make the country’s list of top 10 most dangerous jobs.

New Zealand
Tracking worker compensation claims shows fishing and farming are the most dangerous industries in New Zealand, with claim rates double the national average. The fishing industry has a fatality rate of 47 per 100,000 workers. Manufacturing and construction also topped the list for most claims.

England
Farm workers are most likely to be injured on the job in Britain – almost half of the workers who were fatally injured were farmers or farm workers. Construction and manufacturing workers are also over-represented on the list. Together they make up just 15% of the workforce, but almost half of fatal industrial accidents. However, England has the distinction of having one of the lowest national fatality rates of just 0.6% per 100,000 workers.

Most dangerous jobs in the world: