Mobile usage of career sites up 75% in five months

The outstanding stat shows just how important a mobile-optimized career site will be. Is your career portal prepared? 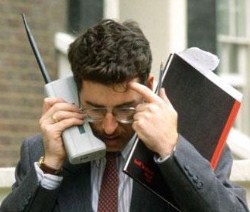 Mob
ile usage of career portals is on the rise, according to talent acquisition software company iCIMS. During the first five months of 2014 alone, the company’s internal analytics showed that the number of job seekers accessing career sites via mobile rose 75%.

Nearly one in five mobile job views result in a candidate moving forward with the application on the company’s software, iCIMS announced. The figures were not seasonally adjusted, but they do correlate the growth reported by other sources, such as ComScore, which announced that between August 2012 and 2013, the number of Americans searching for jobs using mobile devices jumped 40%.

“According to a recent Glassdoor survey, one in four candidates would not apply to a job if a company's career site was not mobile optimized,” she said. “Having a mobile presence today is absolutely necessary for an organization to be perceived as progressive and forward-thinking in order to attract top talent.”

The necessity of mobile-friendly career sites is evidenced by figures such as CareerBuilder traffic analytics, which show about 40% of mobile candidates abandon the application process when they are notified they are about to encounter a site that is not mobile-optimized.