Employers don’t value the military past of potential new hires and some are even put off by it, say former soldiers and servicemen. Here’s why you should reconsider… 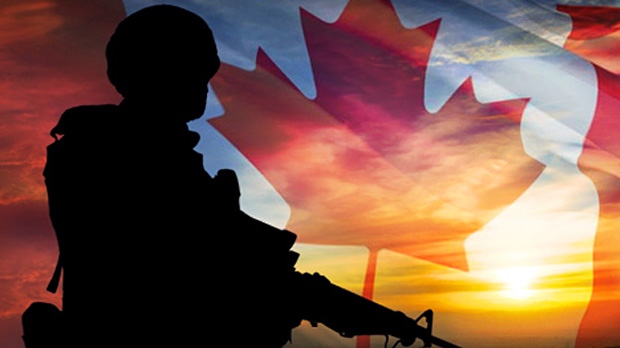 Ex-
soldiers may have experience like no other but it seems employers still aren’t sold on their unique skills set and some are even put off by it. Now, ex-military personnel are calling on corporate Canada to step up and support the nation’s servicemen and women in the best place they can – the workplace.

Former Air Force officer Adrian Travis now runs a successful consulting firm in Toronto and volunteers as a mentor for veterans who are struggling to reintegrate into civilian life. According to Travis, difficulties often arise in the world of work where, he says, employers often peg soldiers as overly-strict hotheads who wouldn’t suit a civilian office culture.

“A lot of people have images of you stomping on terrorists with your army boots on,” says Travis, but in reality many of the skills acquired in military training are actually highly transferable.

“A lot of situations in the military are live-or-die situations,” he continues, “so, if you need to get something done, these are the people who are going to take it to the hill. They are going to be very, very calm under stress and have a good ability to take a difficult task and break it down. These are the type of people you want on your team.”

Montreal-born Francis Laparé agrees. After spending 14 years in the military, including two tours in Afghanistan, he finally retired from active service in January 2012 only to find his wealth of world experience wasn’t worth much back in North America.

“I would hear, ‘You have an amazing resumé. You have had a crazy life experience and a lot on your shoulders at a young age. Thanks for your service.’ But that is pretty much where it would end,” reveals Laparé.

His experience is far from uncommon - a 2011 survey of 140,000 veterans by the Department of National Defence (DND) and Veterans Affairs Canada (VAC) found that 25 per cent of people released from service experienced difficulties finding their way into a new career.

But if employers can look beyond the specific descriptions of a particular role and consider the broader, foundational attributes that a veteran can bring then we’re not only supporting our servicemen and women but we’re exposing our companies to employees with unrivalled leadership skills and the ability to think outside the corporate box.

“At the end of the day, you are going to get an asset that has a very solid foundation for agility, management and innovation in your business,” Laparé said. “It’s just a matter of seeing that and not just focusing on what you are used to seeing in terms of a resumé description.