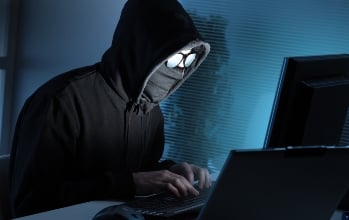 Los
ing a highly-skilled employee is never easy but when that worker has the power to share proprietary information with a key competitor, it becomes an absolute nightmare of epic proportions.

That’s the unenviable situation Mercedes Benz has found itself in after Formula One engineer Benjamin Hoyle allegedly accessed confidential information which he was not permitted to view.
Hoyle, who is now the subject of a High Court action, is accused of taking sensitive documents and data – including mileage and damage data – as he prepared to join rival Ferrari.

Hoyle’s "actions were calculated to destroy or seriously damage the relationship of trust" he has with Mercedes, the company said in the filing. "Mr. Hoyle and potentially Ferrari have gained an unlawful advantage."

Typically, when an engineer is about to “defect”, he is denied access to areas with the most sensitive information before being put on lengthy gardening leave.

In April of this year, Hoyle was moved away from his F1 responsibilities and places instead on road car projects. He was all blocked from accessing important information relating to the F1 team’s latest developments.

However Mercedes may have jumped the gun as news broke yesterday that Hoyle would not be joining Ferrari after all.

“There were talks but nothing led to a formal contract. He’s not even going to join us in the foreseeable future,” confirmed a Ferrari spokesman.

“It’s not true he was on the verge of joining us. What he did concerns only him and the company he was working for. We are not involved in this,” he stressed.

This direct assertion from competitor Ferrari could, however, be a sign that the company is trying to save its own skin as benefitting from trade secrets can have major repercussions for organizations.

“If somebody you’ve hired from another organization gives up trade secrets or proprietary information from their former employer – and you utilize that to your advantage – then you could be at risk,” warns Toronto-based labour and employment lawyer Ashley Brown.

The issue is particularly sensitive because Ferrari was the only team capable of beating Mercedes in the last F1 season – though they did so only three times.

Brown says for a case to hold up in a Canadian court, the first company would have to prove it suffered some sort of damage or negative repercussion in order to make a claim.

“There can’t be a claim if there’s just a neutral effect,” she explained.

The situation is also unnervingly reminiscent of the 2007 F1 espionage scandal between McLaren and Ferrari.

Then, McLaren chief designer Mike Coughlan was found with a 780-page file on Ferrari – he was subsequently sacked and the team was hit with a staggering US$100 million fine (CA$135.6 million) – the largest in F1 history.

Brown’s advice is simple – “Don’t do anything if it could be construed as unfair competition,” she urged.