Human resources managers have been put on notice over the size of their workforces, after a public sector body was able to cut a 25,000 job swathe through the civil service workforce without anyone being able to tell the difference. 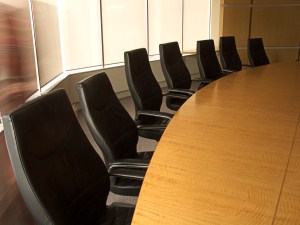 Hum
an resources managers have been put on notice over the size of their workforces, after a public sector body was able to cut a 25,000 job swathe through the civil service workforce without anyone being able to tell the difference.

The Treasury Board of Canada President and MP, Tony Clement, has revealed he has been able to slash the civil service workforce since 2010 by a huge 25,000 jobs, 5,000 over and above the 20,000 it had actually promised.

As reported in The Globe and Mail, the 31% “overshoot” in the job cut target had been a result of additional natural workforce attrition, with the government choosing to stick to its initial commitment to reduce actual core job numbers by 20,000.

However, the importance of these jobs at all to the civil service – and potentially raising questions over the fat that could exist in other public and private sector workforces – is that to date, no agency has been able to identify where the bulk of the cuts actually are.

It has been reported that the Parliamentary Budget Office, which is not privy to the nature of the job cuts made by the Treasury Board, remains gazumped by the nature of the cuts, with the impact on public services still not evident even to it.

Major public sector union the Public Service Alliance of Canada has taken aim at Ottawa over its ambitious job cutting agenda, and reacted with a furious tweet following The Globe and Mail revealing the job cuts were greater than had been promised.

The union has argued cuts across the public service in Canada mean that workers are being asked to do more with less, that public service workforce morale is reducing across the board, and that the quality of services agencies are able to provide the public is decreasing.

The union has also recently attacked Tony Clement over his attitude to collective bargaining and labor relations law, saying that he needed a “refresher” on how to deal with unions across the table after a stoush over changes to public sector sick leave arrangements.

The union said that the Government of Canada’s stated aims of improving “wellness and well-being of employees” as well as “higher levels of employee engagement” cannot be achieved by “playing games” with workers over basic sick leave rights.