Male leader? Use that power to champion change

A celebrated CEO discusses the myth of the meritocracy and how men can use their positions in power to ameliorate it. 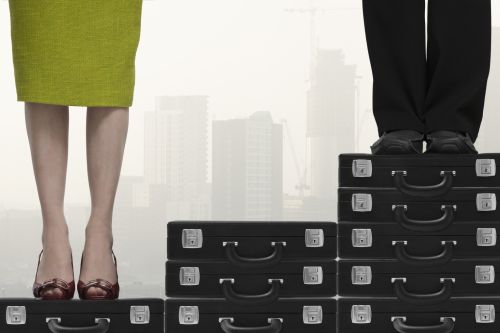 Aft
er retiring from a high-profile position in KPMG at the mere age of 28 and then pursuing a prosperous career in business leadership, Nicholas Barnett knew he owed much of his success to hard work and determination.

He also realized, however, that his position in life helped propel him forward by providing him opportunities and advantages not afforded to others.

“I have always felt part of the in-crowd’ and have never been discriminated against,” Barnett said.

He imagined himself in the shoes of his female, nonwhite, and disabled colleagues, and recognized how much extra effort they required to be seen as competent and worthy of respect.

Now he advocates for male leaders to take part in reversing the status quo.  These are his six recommended steps to do so:

It’s also important to include as many voices as possible, and not denigrate those who may not understand the cause at first.

“There are many white Anglo-Saxon male executives, perhaps most, who genuinely believe their organizations are meritocracies, that they don’t make biased decisions or prejudge.  These men are not bad people,” said Barnett.  “They have never been discriminated against and can’t see what those in minority groups see so clearly.”

More like this:
Public spanking and bottom pinching – but much less stress
Still the 1940s? Sexism in the workplace
Canada moves closer to genetic discrimination ban