Bad publicity pushed the chain to change its mind but did the company’s initial decision breach the human rights code? HRM asked an expert 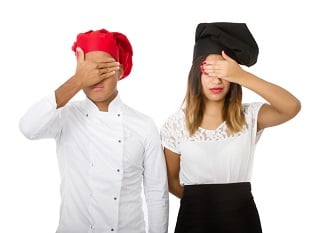 A m
ajor restaurant chain has backed down over its recent and very controversial uniform change but one employment lawyer says the company may have been tangling with human rights issues if they’d chosen to continue.

“Of course employers are permitted to have dress codes,” said employment lawyer Lorenzo Lisi, “but the question is, when does it cross the line both from a human rights perspective and also from an employment perspective?”

Lisi is referring to the recent uniform policy implemented at Bier Markt – which attracted widespread criticism after CBC News carried out an investigation.

The restaurant changed female servers’ dress code from black pants and a polo shirt to a skin-tight, sleeveless mini dress accompanied by heels or boots.

In contrast, male servers were permitted to wear jeans, a button-down shirt and Converse runners while women were forced into the skimpy outfit which had to be accompanied by heels or boots.

Aird & Berlis partner Lisi warned employers that major changes made to uniforms once an employee is already on board, could bring multiple problems – especially if those changes unfairly affect a particular group.

“It’s really a collision of some human rights issues with respect to gender because the tight clothes are very specific to the female gender,” he explained. “The employee could take the position that this creates an environment which is unfriendly to women, that it’s a hostile work environment or that it’s too sexualized.”

Lisi also said that an employee could potentially claim constructive dismissal because it could be argued that an extreme uniform change is a fundamental change to the employment relationship.
“The question is whether that uniform change changes the terms of their employment with their employer and if it would allow them to say ‘I’m not working anymore and you effectively dismissed me,’” he explained.

“They might say yes,” he continued. “They might say ‘you’ve basically terminated me if I don’t want to wear this thing and I find it to be too degrading or too short or too revealing.”

Lisi also said that if an employer shouldn’t expect to be able to fire someone for cause if they refuse to wear a new uniform if it unfairly affected them.

“I think it would be very surprising if it constituted cause,” he confirmed.