Finally, someone is listening to the reams of research saying long work days do more harm than good 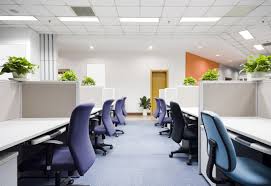 Fin
ally, someone is listening to the reams of research saying long work days do more harm than good.

Despite multiple studies and countless researchers insisting long work hours do more harm than good, many employers have failed to make meaningful changes – until now.

The Scandinavian nation of Sweden has revealed it’s pushing forward with plans to implement a standard 6-hour work day – and many businesses across the country have already adopted the new system.

Linus Feldt is the CEO of one such company, Filimundus – employees at the Stockholm-based app development firm have enjoyed shortened hours since late last year.

"I think the 8-hour work day is not as effective as one would think,” he told Fast Company. “To stay focused on a specific work task for 8 hours is a huge challenge. In order to cope, we mix in things and pauses to make the work day more endurable.”

In return for the extra free time, Feldt says workers are asked to stay off social media, avoid other distractions and keep meetings to a minimum.

"My impression now is that it is easier to focus more intensely on the work that needs to be done and you have the stamina to do it and still have energy left when leaving the office,” he explained.

First to do it

It could be easy to dismiss the initiative – tech firms are always trying the latest employee-engaging idea – but the 6-hour work week has actually been taken up by global corporations too.

Several Toyota service centres in the Swedish city of Gothenburg switched to six-hour days an impressive 13 years ago – bosses say they’ve never looked back since.

"[Employees] have a shorter travel time to work, there is more efficient use of the machines and lower capital costs - everyone is happy," managing director Martin Banck told The Guardian.

Banck added that profits have risen by 25 per cent and the company had seen a lower turnover rate and improved ability to attract new employees.

Production may not suffer for employees who work regular hours but for organizations that depend on round-the-clock workers, the situation may be a little different. Still, one Swedish retirement home is giving it a shot.

In February of this year, the Svartedalens care facility implemented a 6-hour work day for their nurses with no wage change – the experiment will run for almost two years to see if the improvements to patient care and employee morale warrant the high cost of hiring 14 new employees.

According to one UK newspaper, the experiment has already inspired others around Sweden – at Gothenburg’s Sahlgrenska University hospital, orthopaedic surgery has moved to a 6-hour day, as have doctors and nurses in two hospital departments in Umeå to the north.