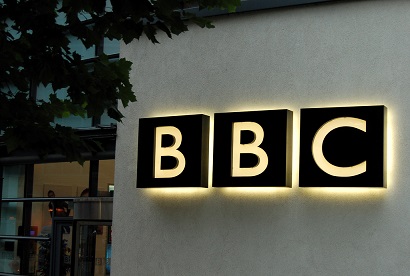 Rec
ruitment videos are a valuable tool often used to give insight into a company’s culture but one major British broadcaster has come under fire for its less-than-diverse depiction of office life.

The Royal Television Society put the 11-minute film together to showcase the inner workings of the BBC – but the recruitment video fails to show a single employee of colour.

The video, which features interviews with presenter Evan David and editor Ian Katz, also shows footage of editorial meetings, research employees, and staff members at work – all of whom are white.

Now, according to a report in the Independent, the Campaign for Broadcasting Equality has used the video to attack the BBC’s record on diversity.

The campaign complains the film which provides "information for young entrants into the television and media industry shows not one single BAME (Black and Minority Ethnic) person in the entire production team or visible in any role."

Contrastingly, the Business in the Community’s Gender and Race Benchmark 2014 ranked the BBC as the tenth best public sector company in the UK when it comes to gender and race diversity.

A BBC spokesperson told the Independent that the BBC wants and is working towards an open and diverse organization.

“Internally the percentage of both staff and senior managers from a BAME background increased last year, whilst on air BBC One remains the UK’s most popular channel across all BAME audiences,” they said – adding that by 2017, the broadcasting corporation aims to increase on-air BAME portrayal from 10.4 per cent to 15 per cent.

Talking to HRM, Gowlings’s national director of HR said that having a diverse workforce is simply good business sense – the Canadian law firm recently embarked on a company-wide diversity and inclusion strategy.

“There are lots of reasons why we feel this is important,” she said. “It’s simply the right thing to do and it helps us retain and attract top talent – but diversity also helps us better serve clients, bring different perspectives, apply different approaches and generate better and more creative solutions.”

The video can be seen below:


More like this:
The perk 74 per cent of workers would quit for
Three things leaders should do every day
Bell fined $1.25M for fake employee reviews