Oxford University has released some sample questions, to debunk the myth that they’re “unanswerable”. You be the judge. 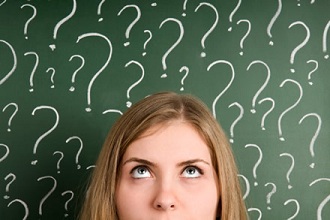 &ld
quo;Why do you think manhole covers are round?”

This, an actual interview question posed to a would-be Microsoft employee, is just one of myriad impossible job interview questions that are designed to inspire creative thinking – but which are generally more successful at inspiring fear in the hearts of job-seekers.

The only questions more perplexing, it seems, are the problems posed to prospective students at Oxford University.

The prestigious 928-year-old college has released a list of sample questions in an effort to debunk the myth that their questions are “unanswerable”.

After you’ve read some of the questions, you be the judge…

* Why do many animals have stripes?
* How do pirates divide their treasure?
* Why might it be useful for an English student to read the Twilight series?
* Imagine we had no records about the past at all, except everything to do with sport – how much of the past could we find out about?
* What does it mean for someone to ‘take' another's car?
* Should poetry be difficult to understand?
* If you could invent a new musical instrument, what kind of sound would it make?
* Would it matter if tigers became extinct?
* Should interviews be used for selection?

What’s the most unusual or perplexing interview question you’ve ever asked, or been asked?