Lighter side: The taller you are, the better your career chances

With the average height of CEOs and presidents, anybody would think they’ve been chosen for their stature 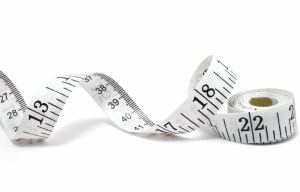 Pop
psychology expert Malcolm Gladwell has long preached the benefits that taller professionals hold over the rest of us. The journalist, who wrote the book Blink on the power of rapid cognition, surveyed about half of America’s Fortune 500 companies to find the average height of their CEOs. According to his findings, it was slightly under six feet: about three inches taller than the average American male. What’s more, while only 3.9% of American men are 6’2” or taller, a good 30% of CEOs stood that high.

Now, a new study of 1.3million Swedish men has unearthed similar facts. Although the average Swedish man stands at 5’10.5”, those who head up large companies are an average 6’.

And height also played a factor in salaries: when an executive was one standard deviation, or 6.5 centimeters, above the mean, he was likely to be paid 4% above the average CEO. This, too, echoes findings Gladwell reported in Blink: according to the book, an inch of height is worth $789 a year in salary.

Strikingly, a similar theme is apparent amongst US presidents: more than 70% of the nation’s 44 leaders stood above the current average height of the American male. And no president since William McKinley in 1901 has fallen below the 2014 average male height.